It is that time of the quarter when all the 13F filings have been made public, giving us a view of what happened over Q2. It is important for any IRO to review these 13F filings to understand the changing dynamics of your shareholder base and identify your top investors. However, 13F filings also provide a good indication of what activists are thinking and where they are focused. A new initiation through these filings could be an immediate red flag for management teams and a precursor to a potential activist campaign down the road. Also, many people look to some of these well-known activist investors for new ideas and predictions about where the economy and markets are heading. In this article, we take a look at some of the most widely known activists, including Pershing Square Capital Management, Third Point, and Greenlight Capital to examine their activities in the second quarter.

Pershing Square Capital is run by one of the most well-known activists, Bill Ackman. Initiations by this firm tend to make news headlines as their campaigns tend to be very public. Some of Pershing Square’s most noteworthy investments over the years include their positions in Herbalife (short), Valeant Pharmaceuticals, Wendy’s, and Canadian Pacific Railway. Bill Ackman also made headlines in 2020 during the beginning of the pandemic when he warned that “hell is coming” and implored that the government shut down the country to stop the spread of COVID-19. He was reportedly able to profit over $2.6 billion on only a $27 million bet against the markets in just a few short weeks.

In Q2, Pershing Square did not make any aggressive moves that caught headlines. However, they did pare back their positions in four of their seven equity holdings. The most notable move was the divestiture of 1.8M shares of Lowe’s (LOW), which is its top holding by market value. The firm initially took its position in Q2 of 2018 when the stock was trading under $100 and has since risen to over $200, benefitting from elevated demand during the pandemic. Lowe’s remains the investor’s top holding with roughly $2 billion invested, but the investment community will be watching closely to see if this selling accelerates in the second half of the year. In addition, the overall lack of buy-side activity from the firm is a potential indication that it is getting difficult to pick out cheap stocks with markets at all-time highs.

Third Point is a New York-based hedge fund founded in 1995 by famous activist investor Daniel Loeb. The firm has grown tremendously to now manage over $17 billion in equity assets while Loeb has been described as one of the most successful activists over the years. The firm mainly focuses on companies with a potential near-term catalyst that can unlock shareholder value, such as spinoffs, bankruptcies, or corporate changes. Dan Loeb has been at the forefront of some of the highest-profile activist campaigns in the past, including Yahoo!, Sotheby, Sony, and more recently Baxter International.

Over the second quarter, Third Point was active on the buy side, especially in the Tech and Finance spaces. The latest 13F filing shows new positions in Sentinelone ($1 billion), Sofi Technologies ($554M), Endeavor Group ($346M), and Didi Global ($185M). The firm also added to its existing positions in some tech companies like Intel (INTC), Uber (UBER), and Dell Technologies (DELL). Beyond that, Third Point added exposure to companies in other industries like Healthcare through its purchases in Zimmer Biomet (ZBH) and Cano Health (CANO). It is interesting to see the investor still remain active in these sectors, which have come under pressure in recent months. With the threat of rising inflation and interest rates, tech stocks have seen a pickup in volatility. The IPO market has also had issues with stocks like Robinhood (HOOD) falling 8% on the first day of trading before rebounding later in the week. However, Third Point continues to be very active as they have always been, despite the recent market concerns.

The final firm that we will explore is Greenlight Capital, which was founded by billionaire David Einhorn. Einhorn has been the center of some high-profile situations that started with his short position in Allied Capital, which he claimed was engaging in accounting fraud. His reputation picked up momentum in 2007 when he also placed a large short position on Lehman Brothers ahead of the company’s collapse. Greenlight has taken several other large short positions on well-known companies that has led to the rise of the new term “The Einhorn Effect”, which describes a sharp drop in a company’s share price after he announces a short position. While many of his most famous investments were on the short side, Greenlight also takes long positions in stocks that he feels are undervalued.

In recent months Greenlight Capital has been making portfolio moves that would benefit from higher inflation and prices. Many economists have been arguing that the recent spike in inflation is transitory and driven by a few specific industries. However, Einhorn believes that inflation and rising prices will continue to persist and has positioned his portfolio accordingly. The firm’s largest position is currently Green Brick Partners (GRBK) which would benefit from rising housing prices. The firm’s second-largest holding, Brighthouse Financial (BHF), would also profit from higher interest rates if the Federal Reserve is forced to pull back its monetary policy. In addition to equities, Greenlight has also been actively purchasing Inflation Swaps which are derivatives of Treasury Inflation-Protected Securities (TIPS).

In addition to these inflation plays, Greenlight made a few notable purchases over Q2. The firm’s largest purchase was Teck Resources (TECK.B-CA), a Canadian-based mining company, as part of a bullish bet on copper driven by increasing demand in green energy. Greenlight also aggressively added to its positions in GoPro (GPRO) and ODP Corp (ODP) over the quarter. Overall, it seems that Greenlight has been able to find opportunities despite some of the recent macroeconomic concerns and volatility.

Overall, activist investors continue to be involved and garnering attention across the markets. As we have seen, some firms like Pershing Square have been a little bit more cautious and conservative with valuations near all-time highs. Other investors like Greenlight and Third Point continue to be very active in trying to capitalize on equity opportunities as well as recent macro trends. It is important for an IRO to understand how activists think about the current market environment and their investment ideas. This will help you understand if your company is at risk of being a potential target for an activist campaign. Learn more about activist investor activities in 2021 by reading my previous post, Activist Investors Back in Full Force in 2021.

Read More
DData & Insights
Stock surveillance is a critical component of any well-informed and strategic IR program. In fact, according to IR… 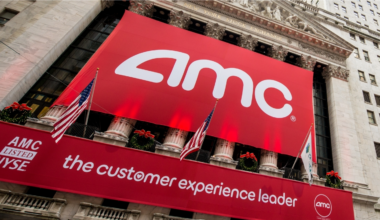 Read More
DData & Insights
It is quite rare for a company’s stock price to double in a single day. Even more unusual…