The biotech sector is one of the most volatile areas of the market, mostly due to the constant stream of news and data around releases. There’s a lot of risk involved with investing in biotech stocks, since multiple catalysts can move the price dramatically. But of course, the payoffs can be equally as extreme and risk management is always a critical component for portfolio managers.

Phase I, II, and III data releases impact biotech stocks the most, with each phase becoming increasingly important. When Phase II and III trials go well (and the stock makes a strong move higher), another common practice is to issue a secondary offering. This offering lets the company take advantage of the higher stock price, to help raise more money for research and development. It also allows new investors to come into the stock.

Given the risks involved, the best way investors can buy/sell going into a news event is to use options and know exactly what they’re risking. You can also invest in biotechs by buying the SPDR S&P BIOTECH ETF (XBI), as opposed to individual securities for diversification.

The XBI consists of 120 multi-cap growth biotechnology holdings. It allows for diversification, and in turn, lowers the risk of holding just one specific stock. From a technical standpoint, the ETF has been outperforming the S&P, and relative strength versus S&P 500 has been making even more robust highs. Overall, all three moving averages have been trending higher, with the relative strength index (RSI, which measures momentum) rising higher since April.

However, the upward trendline has just broken. The XBI had a double top in January and March, recently emerging after a consolidation around $96-$97. It looks like we may have had a false breakout with the XBI pulling back to support (100-Day Moving Average). If the $91-$92 support level holds, given this current pullback, a re-test of the 52-week highs of $101.55 will likely be revisited in the near future. Obviously, the risk reward on the long side is very appealing at current levels. The catalyst propelling XBI’s move to new highs was due to strong bullish activity in Sarepta Therapeutics Inc (SRPT) and Heron Therapeutics Inc (HRTX), the top two constituents of the ETF which make up 1.92% and 1.64% of the XBI respectively.

On June 19th, SRPT surged to highs of $176.50, following the preliminary results of Sarepta’s Phase 1/2a gene therapy clinical trial assessing AAVrh74.MHCK7.Micro-Dystrophin in individuals with Duchenne muscular dystrophy (DMD). Sarepta’s R&D day event was a  clear catalyst for investors, as Q4’s proprietary volatility indicator moved to extreme levels prior to the clinical results.

Volatility is a big factor in options pricing, making both put/call options extremely expensive prior to the data release. The news was great for the bulls, but negative results could have sent the stock sharply lower. Once the catalyst was released, volatility returned to normal levels. Now that the news is out, investors are trying to value SRPT, and have sold it down to $133.75, as of the recent close.

When we hit extremely overbought levels (north of 90 on the RSI), the stock began to move lower. In fact, stocks can remain overbought for long periods of time, whereas oversold stocks usually recover. In SRPT’s case, the overbought conditions didn’t last long. We’ve been drifting lower on a daily basis and the stock has been filling the gap higher. We seem to have buyers between $126-$128.

Similar to SRPT, HRTX had a catalyst on June 21st, following the company’s announcement of positive top-line results from two completed Phase 2B studies of HTX-011. They reported that primary endpoints were achieved in both studies. The stock moved to a high of $42.05 and has recently risen higher to $42.90.

While Q4’s sentiment indicator was positive leading up to the news event, it has been moving lower since late May. This indicates that investors were neutral heading into the news but ‘caught by surprise,’ which led to a strong move higher. Sentiment briefly moved into negative territory, as the Jul/$33 put option was active with 2,985 contracts changing hands on 6/21. This is either protection for a long position or an outright bearish bet that HRTX will move below $33.

From a technical standpoint, we’re at levels not seen since September 2015, an area where the stock failed and moved lower. HRTX still looks strong, but any sign of weakness will likely push investors to protect profits. The after-hours secondary offering on 6/25 will likely put some near-term pressure on the stock price. On the downside, the $38.95 low on 6/26 after the secondary announcement, followed by $37.10, should be support going forward.

The Rise of Blockchain Technology in IR: An interview with Chris Horlacher 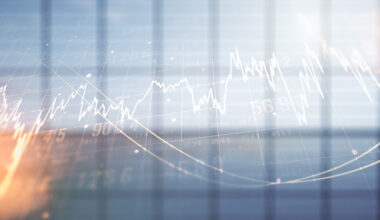 Read More
DData & Insights
Today, IROs have access to more information than ever before. So, when looking to create an IR program…