To guide or not to guide? The pros and cons of earnings guidance

This is not a new debate. We’ve had it before. Many times. What we’ve never had, is closure. I have many conversations with Q4 clients where the recommendation is clear: quarterly guidance is not in their best interest. Doing so encourages counterproductive behavior, both on behalf of the investor, as well as the leadership team. Conversely, I’ve had just as many discussions where suspending guidance would destroy shareholder value, remove transparency, and cause reputational harm that would be difficult to ever rebuild. There is no clear answer. However, I do believe that in most cases, offering some form of forward-looking financial measure is in both parties’ best interests.

This discussion will explore the pros and cons of guidance, offer some data on each path, and propose a few alternatives to the status quo of Revenue and EPS guidance. The takeaway is likely that your company is unique, and requires a thoughtful evaluation of each point in the evaluation, before reaching a conclusion. There is no clear answer. Spreading the guidance peanut butter over the whole market, results in poor application of an important tool.

The Case for Guidance

The business world is not always as transparent and forthcoming as you may be. Remember that the halls of history are littered with Enron and Lehman Brothers. It wasn’t that long ago. We forget quickly. There was a time when guidance was considered “extra credit” by the street. According to a McKinsey review: “approximately 4,000 companies with revenues greater than $500 million found that about 1,600 had provided earnings guidance at least once in the years from 1994 to 2004. The number of companies that did so increased from only 92 in 1994 to about 1,200 by 2001, when the rate of growth leveled off. The number of companies in [their] sample that discontinued guidance has also increased steadily, growing to about 220 in 2004.”

Studies show that between 1995 and 2007, the number of public companies offering annual guidance increased six-fold, and those offering quarterly guidance increased by more than 7 times. This improved transparency drove a period often considered as the “golden age of shareholder information.” The internet and resulting ease and speed of information sharing enabled this as well, but ultimately, companies have to be willing to disclose that data. This, in-part, improved valuation accuracy, increased volume, and reduced volatility.

These days, almost everyone agrees that more information and transparency (within reason) is a good thing. Approximately 94% of the 360 respondents in the 2016 NIRI Earnings Process Guidelines Study, offer some form of guidance.

“There’s going to be a Street number, don’t you want it to be yours?” You’ve heard this argument before, haven’t you? In my opinion, it’s valid. The Street has an expectation for what your quarterly performance will be. Your guidance will play an influential role in setting those expectations. If you offer no guidance, do you think that number no longer exists? Of course it exists. Do you think you’re no longer measured against it? Of course you are. The question you need to ask is: “Do I want to influence that number?”

In my prior IRO roles, I spent a great deal of effort ensuring that the sell-side understood our guidance elements, incorporated those into their models appropriately, and produced a range of outcomes that was rational. I did not require them to be within my guided range, only to have an accurate model, with a thesis they could defend. For this reason, consensus estimates were normally within a tight range, and were typically reasonable. Our conversations after the earnings call were then around what differed from both our guidance and their expectations. Without offering guidance this process would have been stressful — requiring long, painful discussions about what drove the performance.

Providing a guidance metric builds confidence in management and drives the alignment of objectives. Your company may believe that free cash flow is the most important metric by which to measure progress and performance. Perhaps its ROIC, or EBITDA margin. I don’t believe that there is a single, best guidance metric. I believe that you should select something that you have confidence in, and is of value to your analysts and investors. It does not need to be Revenue and EPS. Be creative, but be thoughtful in your approach. Offering an aspirational EBITDA range for exiting the year will allow investors to have a goal by which to measure you.

You’ll also want to deliver quarterly updates against that goal. Discuss the gives-and-takes driving the “miss/meet/ beat.” Remember, perception is a valuable element of valuation. If the Street perceives you are managing your business against the right metrics, and you are transparent in the performance against that goal, trust will increase, and downside risk will be reduced. The table below highlights the point that companies are different, and should adopt the metric that best fits their corporate strategy and objectives:

In the Harvard Business Review (2012), Baruch Lev’s research shows that accuracy improves. Comparing the accuracy of managers’ quarterly guidance with the accuracy of the most recent analyst estimates, managers were more accurate than analysts in 70% of the comparisons and less accurate in only 26% (the rest were ties). Their analysis also makes clear that financial analysts recognize the predictive edge of managers. In over 50% of the sample cases, “analysts revise their earnings forecasts in the direction of the guidance within a scant two days of managers’ guidance release, increasing to about 70% revisions within ten days of the guidance. The experts obviously recognize the usefulness of guidance.”

The Case Against Guidance

Being a public company is not easy. It requires patience, a thick skin, and a long-term focus. What newly public company executives often find is that the focus on quarterly performance is exhausting and even counter-productive. It does not encourage “the right” management behavior. In a 2018 CNBC interview, Jamie Dimon and Warren Buffet articulated the misalignment of objectives:

“When companies get to where they’re living by ‘making the numbers,’ they do a lot of things that really are counter to the long-term interests of the business. I’ve never seen a company whose performance has been improved by having some forecast out there by the CEO that ‘we’re going to earn X’ because it’s not only sending the wrong message and delivering the wrong results to the company and the country, it’s also teaching the people who work under him or her that quarterly performance is the end game. I tell our managers: just pretend that this is the only business that you and your family are going to own for the next 50 years and you can’t sell it. Then you’ll make the right decisions.”

We all want management to make the best decisions for the long-term success of the business. That might mean re-investing in operations, building out a fleet or adding employees. Obviously,  any of those decisions may mean that Cap Ex or Op Ex is higher than management and the Street expected. Uh oh, there goes guidance. BUT, as long as the company is able to explain that the investment was made in the best interest of long-term investors, and was a smart opportunity, most investors are, and should be, willing to overlook short-term price fluctuations for the betterment of the company’s competitive position.

Perhaps it’s a naive view that management would be willing to disappoint or surprise in the short term, to build a better business in the long-term. However, as the IRO, you can encourage the right behavior by speaking to the philosophy, style, and long-term objectives into your conversations with investors and analysts. The result will likely make you better positioned to manage those guidance surprises. Also, aim to have candid conversations with quality shareholders around these potential decisions, and ramifications. I bet you’ll find that most of them are supportive of management doing the “right thing.”

Guidance does not help valuation. Stated in the aforementioned McKinsey review: “Contrary to what some companies believe, frequent guidance does not result in superior valuations in the marketplace; indeed, guidance appears to have no significant relationship with valuations—regardless of the year, the industry, or the size of the company in question.”

The previously mentioned McKinsey study, which analyzed 126 companies, showed that those who discontinued guidance were nearly as likely to see higher as lower total shareholder returns, compared with the market. Of the 126, 58 had a higher TSR in the year they stopped issuing guidance, and 68 had a lower TSR compared with the market. The “lower-than-market TSR of companies that discontinued guidance resulted from poor underlying performance and not the act of ending guidance itself.” The fear of a failing stock price, resulting from a discontinuation of guidance, all-else equal, looks to be untrue. Although I would argue that very few companies would choose to cease guidance when business is going well, and confidence and visibility is strong.

“What if we can’t accurately guide?” Fair question. What metric DO you have confidence in? Find something that you can control and influence. Consider free cash flow, cash flow margin,  tax rate, gross margin, number of customers, CapEx —something, anything. Giving the Street anything at all opens the door to improved trust and transparency. The perception of investors of companies that don’t provide guidance, is either the inability or unwillingness to discuss the business. The next leg down is that they have something to hide. Lack of guidance almost always coincides with reduced reporting disclosures. It’s a slippery slope that you should avoid.

Even the CFA Institute recommends (in the CFA Institute and the Business Roundtable, Breaking the short-term cycle) the practice of quarterly earnings guidance. The belief is that it entails “(1) unproductive and wasted efforts by corporations in preparing such guidance, (2) neglect of long-term business growth in order to meet short-term expectations, (3) a “quarterly results” financial culture characterized by disproportionate reactions among internal and external groups to the downside and upside of earnings surprises, and (4) macro-incentives for companies to avoid earnings guidance pressure altogether by moving to the private markets. Corroborating research identifies the most significant costs of issuing guidance to be management time.”

Meeting in the Middle

There are benefits, and potential pitfalls of quarterly guidance. I can argue this issue both ways, as you likely can do as well. My opinion is based on my corporate experience, the business leaders I’ve been fortunate to work for, and the investors and analysts I’ve worked with. My tendency to lean in favor of offering guidance is based on those experiences, on our ability to forecast the business, to have visibility into pipeline, and market trends. It’s based on my belief that to have a truly symbiotic relationship with both the sell-side and buy-side, information must be shared, candidly and in a timely manner. I believe that a business can have a long-term investment horizon, do what’s in the best interest of shareholders, and still provide insight as to the likely future financial performance. Your stock’s performance is important, but building investor trust and ensuring your reputation remains intact will help drive long-term shareholder value.

Interested in more earnings related insights? Read Six Common Earnings Pitfalls and How to Avoid Them.

Matt Tractenberg is an Investor Relations Partner at Q4 and has been a senior executive providing finance and Investor Relations services to public companies, including Cisco Systems and Belden, for more than 20 years. Matt has experience with a variety of sectors including technology, industrial, and basic materials. He is a regular public speaker on corporate strategy, financial market structure, and corporate positioning. He holds a B.S. in Accountancy and an MBA specializing in Financial Management & Markets.

When You're a Small Cap Stock in a Large Cap World: Five Ways to Stand Out 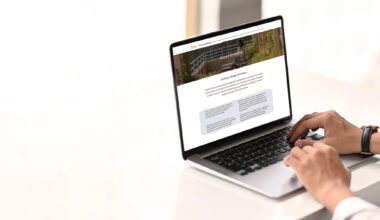 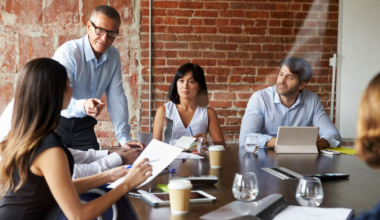