The first quarter of 2022 saw 73 new activist campaigns launched, marking the busiest three-month period on record, according to data from Lazard. The US accounted for most of the campaigns, although Europe saw activity jump by 50 percent compared with the SAE quarter last year.

To discuss this uptick in activity and how companies can prepare for engagement with an activist investor, Q4’s VP and Head of Global Partnerships & Alliances, Mike Coffey, had the pleasure of joining a panel of experts for IR Magazine’s webinar, “Best Practices for Engaging with Activist Investors.” The panel consisted of IR Magazine’s Editor-in-Chief and the moderator of this webinar, James Beach; Georgeson’s Managing Director, Edward Green; Equinix’s Director of IR, Chip Newcom; and Lazard’s Co-Head of Capital Markets Advisory, Jim Rossman.

It is safe to say there have been changes in the landscape of activism over the past few years, primarily due to the pandemic. These changes and the current environment differ throughout industries, but there are some common trends the panel has noticed. Some activist strategies and tactics to be aware of now are:

The panel warns that no company is immune to activism, explaining that they’ve seen it in both the largest and smallest companies. But, there seem to be some more at-risk groups; for example, small and mid-cap companies continue to be the sweet spot for activists simply because so many hedge funds are capable of taking a meaningful position in them.

They indicate, as well, that there have also been more attacks this year on management and CEOs. These executives are in the spotlight and scrutinized in the press over the PE ratios, compensation, and bonuses, especially as the cost of living continues to skyrocket.

It’s best to prepare your team for when an activist comes into your stock rather than if.

Mike Coffey explains that the way this new generation trades adds complexity for IROS. So, some of the tools we use to monitor activists have evolved as well, to not only react to their current tactics but anticipate their next move. He adds, “One of the big things that I would point to is the evolution of engagement analytics, [whereby we marry the digital footprints of activists with their trading activity.]”  As a result of the pandemic shifting so much activity online, we now have the information to anticipate an activist taking a position, such as who is reading your press releases, who is registering for your earnings calls, investors days, and ESG days, etc. Lastly, he says that he believes engagement analytics must be a big part of your strategy to face this new generation of activists head-on. Rossman adds to Coffey’s point, explaining that while the right technology is a must-have, it’s also critical to have experience in interpreting the data.

While having the right analytics and technology is essential, having a day-one activist response plan that your team is well-versed in and aligned with is still critical. As Greene points out, an activist attack will most likely come at the worst time possible – whether in the middle of your earnings or an ESG meeting. Once your surveillance team has detected a potential threat, your next step, after briefing the board and assigning the right teams to the proper tasks, is to learn everything you can about that activist. Ask yourself:

Once you have done this, you can take that information back to your company and build your response team. This will include legal, proxy, advisors, etc. so that you’re prepared for when the CEO calls you or when the activist calls your CEO. A few pieces of your plan to consider ahead of time are:

The Continued Growth of Single-Issue Activism

As more uniform ESG standards come to the United State and the SEC demands more information and transparency, Rossman explains that companies’ strategies for ESG and other critical issues will become visible and readily available; making the information more accessible to activists. And activists will use this information to detect your performance. He indicates that you will have to start accounting for single issues in your data, such as climate, labor, equity and pharmaceutical pricing and predicts that we will see more single-issue activists emerge in the future. The only way to combat this is to be prepared, be conscious about working in silos, and ensure transparency between your board members. Lastly, stay vigilant and ensure you have the right team members, plan, and engagement analytics in place.

Click here to watch the entire webinar and gain more insights from this excellent panel of speakers.

What Should IROs be able to Achieve for their Companies? 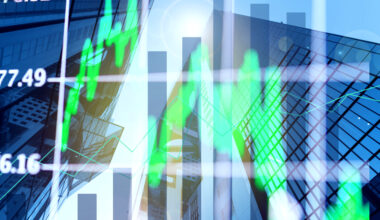 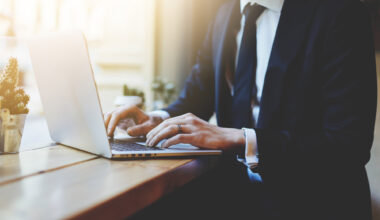 Read More
FFeatured
As your organization seeks funding or prepares to uplist, the pressure is on. Among other things, you must…