How to Use Social Media to Amplify Your IR Efforts 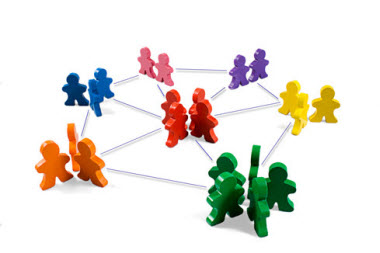 I recently read an interesting article entitled “Corporate Tweets and the SEC: Sometimes It’s Better to Keep Your Mouth Shut” which provides some insights and commentary on social media, investor relations and web disclosure.

Since the SEC announced its recognition of corporate blogs as public disclosure in July of last year, social media has been used quite effectively by PR, marketing, and advertising professionals.  However IR practitioners are still pondering the risks and opportunities outlined in the recent SEC guidelines.

There are many things to consider for integrating blogs and other social networks into an IR program – such as disclosure and adhering to legal compliance. This is quite a dilemma as the adoption of social media has exploded and continues to be a medium of choice for millions of individuals hungry for instant information.

Add to this, the ambiguous information initially issued by the SEC in which it states that “…company disclosure should be more readily available to investors in a variety of locations and formats to facilitate investor access to that information”, while their report “Guidance on the use of Company Websites” issued last August outlines the boundaries for sharing information as well as holding companies and their employees liable for the information that they post on blogs, networks, communities, and discussion forums.

No matter what, if a public company wants to use the social media outlets available, the SEC guidelines cannot be ignored.  As such, internal policies must be adapted and enforced to minimize the risk of overzealous employees posting status updates thereby triggering an SEC investigation and/or a shareholder revolt.

Mainstream IR programs target analysts, investors, and other stakeholders through a combination of strategic marketing activities and the ongoing distribution of material information using accepted channels. Now that social programs are being considered (and slowly added) to IR programs, IRO’s must decide what works for them – in particular how and when to engage in social media.

In a previous post I cited some companies who have had success in integrating social media tools into their IR websites to enable communication of both material and non-material information.  For example, Sun Microsystems developed an “Official Investor Communications Portal” which was created as a central source of material information and allows investors to subscribe to SEC filings and the CEO’s blog postings.  Whereas, Microvision implemented a multi-author blog for non-material information entitled “The Displayground” which links to media articles, product demonstrations, and customer testimonials.

Both of these companies chose ways that worked for them in how and when they engaged in communication with investors.  All the while being compliant with Reg. FD that states that material information distributed through social media be consistent in timing and language with conventional press releases.

SIFTING THROUGH THE GUIDELINES

In spite of the reach provided by social networks, few companies are using them for fear of being in violation of federal securities laws.  Fair enough, but the SEC states “it’s the responsibility of any community-focused organization to use all tools and channels in a way that extends and supplements each other.”

Consider the recent article in the Wall Street Journal in which they tell about how eBay launched a corporate blog which included updates about conferences, quarterly earnings calls and other topics by the company’s Chief blogger Richard Brewer-Hay.  Recently, he was required to include regulatory disclaimers with certain posts.

With the eBay case in mind, it is highly recommended that you carefully read the guidelines.  But don’t expect any explicit direction on what you can and cannot do or a step-by-step outline that tells you how to integrate social media into your IR program.

You just have to take it for what is worth – some starting points for implementing social media in the most compliant way, while enhancing your company’s communications platform. For example, companies will need to consider whether and when postings on their Web sites, communities, or networks are “reasonably designed to provide broad, non-exclusionary distribution of the information to the public.”

MODELS TO LIVE BY

When it comes to using social media and tying it in with IR, a lot of companies don’t want to blaze the trail.  Instead, most are content in waiting by the sidelines to see what others are doing to see where the dust settles.   That is unfortunate as social media is here to stay whether you choose to be an early adopter or want to play catch up once it really explodes.

Some large companies such as Johnson & Johnson and EMC Corp have been already been using Twitter to report annual meeting minutes and extend the reach for company news, and Dell has an investor relations blog dedicated to providing transparency and insight related to corporate activity, technology, and products.

Intel has also adopted the use of social media and advises companies to “Start small, do the due diligence and have patience… and be fine with being a change-agent for the following year or two.”

POINTS FOR CONSIDERATION/LEARNING BY EXAMPLE

Brian’s post boils down some of the salient points (from the SEC) to consider:

– Companies are more likely covered under the Fair Disclosure act if they publish information equally and accurately through a variety of traditional and digital passages.

– Companies should create a hub that documents all available mediums to receive information as it’s made public such as:

– News and intelligence should not reside in any one place. Concurrently, new channels should not suddenly appear without proper attention and disclosure. The SEC advises the practice of writing and distributing Notice and Access press releases to alert stakeholders to upcoming material announcements and pointing them to the place of distribution.

As mentioned earlier, social media is here to stay.  There are many reasons why companies should adopt it, although internal circumstances and other variables need to be properly assessed before moving forward.  As more companies take the leap and adopt social media into their IR program, the SEC guidelines can be refined and tailored to evolve with their experiences.

Many small and microcap companies are sitting on the sidelines waiting to see if integration of social media is going to work. Most management teams do not have a good grasp of use of social media tools and platforms. Those who have started using them, use them incorrectly (using web 1.0 marketing methods on web 2.0 platforms) in most cases. At this point, I can say that most have no grasp on the disclosure issue either. Actually, they haven’t really gotten that far…

In addition to waiting to see if social media is going to work, IRO’s from smaller companies generally feel that using social networks will add to their workload. This coupled with the fact that it takes time to see what is out there and how it can be used effectively for their particular company, that they haven’t made the time to discuss how social media tools work to the management teams, so it easier to have the “wait and see” attitude.

This was a great article on Social Media, Investor Relations . Thanks for sharing