How to Perfect the Post-Earnings Process

Harnessing the Power of Data in Investor Relations

Dealing with Investor Activism in the Digital Age 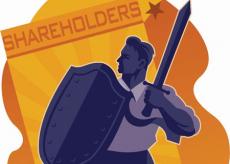 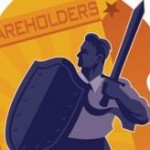 The relationship between retail investors and the corporations that they invest in can sometimes be contentious. Choosing to invest in a company that you believe in can be an exciting, fulfilling and economically prosperous endeavor.? By choosing to become investors, everyday people are able to be a part of a company?s growth and success.

Ideally, the relationship should be a harmonious one, but changes to the company and subsequent impact on share price ? especially a negative one can end with the disappointment and disapproval from the average shareholder.? Oftentimes, companies are more focused on appeasing the needs of larger, institutional investors and may forget about the needs of the smaller investors.? In many cases, the average investor feels that they have no voice at all and with the economic downturn, retail investors have become more disenchanted then ever before.

In the wake of this problem, retail investors have been searching out new methods of having their voice heard.? Companies like Google and Yahoo have seen the kind of power that retail investors can have on the way their companies do business.? The Internet and specifically social media make it easier than ever for retail investors to get the inside scoop on what is happening in a company and band together to influence change.

As companies witness the growing power of investors there is a realization that they need to reevaluate how they approach IR in the digital age.? As we have outlined in our previous whitepapers, many companies are turning to social media to share information and engage with shareholders.

Although some companies are working to open up the channels of communication between themselves and investors, others have continued to ignore the changing tide.? Many of these companies are facing growing investor unrest and we have seen increased use of social media by investor activists to get the attention of management and impose real changes to the company.

The rise of social media amongst the investor community has seen both investors and companies embrace the medium as a chance to communicate on a scale never before thought possible.? Investors are now able to access easy to find information from both a company and third party sources that allow them to have better a understanding of what is going on at the companies they have invested in.

With the increased use of social media mixed with the growing level of investor unrest as a result of the economic downturn and occupy movement, it is no surprise to see an increase in investor activism. This new wave of investor activists have become increasingly effective at reaching the retail investor community to bring attention to the issues that are being left unaddressed by the corporations and encouraging the investment community to rally together to create the change they want.

While it is difficult to know if your company will become a target by an activist investor, a recent study that examined how companies respond to consumers and activists in a crisis underscores the importance of monitoring and being able to respond in the same social media channels.? (note: the findings we cite are from an executive summary of sorts. The complete study can be downloaded for a fee here: www.ethicalcorp.com/smcc/purchase.?

The study (from Useful Social Media and Ethical Corporation) that asked senior corporate responsibility professionals (who had been subject to an attack) of their preparedness revealed that 20% were completely unprepared, with 15% fully engaged with the problem. The graph below illustrates these findings:

These findings are troubling, but in my opinion not surprising.? As it may indicate that many companies have a ?it will never happen to us? attitude.? To this end, the study identified five key elements that are discernible in many campaigns (verbatim):

And, the most effective campaigns tend to use several of the above elements?.

The authors then go on to discuss some tips on what to do if an activist investor comes knocking. The following has been re-worded from page 5 of the executive summary).

Transparency and Involvement in the conversation ? there is a fine balance between too much confrontation and the wrong tone, so the key is how to engage in a way that keeps opinions open.

Experience/knowledge of social media ? social media has added a layer of urgency in that the information is shared more quickly which as a result means you have to act fast. Ultimately, reacting in a timely manner is one component of many. If your company is not using social media, it will be difficult to respond accordingly.?By responding on the same channel as the one being used by the activists shows your shareholders that you are listening, while also giving you the opportunity to be the voice of authority over the situation.?Your company should also consider appointing someone in house to champion social media efforts, so you are aptly prepared.

Maintain balance across all mediums ? while there is increased use of social media by activists, ?all the traditional crisis management bases still need to be covered in terms of establishing the facts on the ground and managing them operationally, while, in parallel, making information available to concerned stakeholders and third parties on how problems will be resolved as rapidly and effectively as possible?.

Basically, not all of your stakeholders access the information through?the same channels. Your company must disseminate information using traditional channels such as a newswires as well as social media, while making sure that the information is also housed on your website.

A quote from Gary Sheffer, GE?s VP of corporate communications reinforces how social media is changing stakeholder relationships and how to communicate with them:

It?s gone from command and control to more of a discussion with your stakeholders, both internally and externally, and social media has driven that change. You don?t own your brand exclusively anymore ? it?s also owned by the folks on the internet who are talking about you every day. Every three seconds we see something posted online about GE ? not all of it good ? and so if you?re not out there engaging with people in discussion authentically, you?re losing out.

Social Media presents both exciting and challenging communication realities for both companies and investors. Investors are able to find in-depth, no frills information from third party services that present information specifically geared towards a retail investor audience. They are also able to interact with and learn about companies on platforms like Facebook and Twitter, which they are continuing to grow more and more savvy with, rather than having to learn about a company through channels they are less familiar with.

For public companies, the challenges may seem more present, but are also becoming less avoidable. Social media allows companies to expand the reach of their corporate messaging and promote good will amongst their investor community. It also means that they have to be prepared for when that community demands that their concerns be answered. Those demands are potentially going to be present on several public forums and not addressing them is no longer an option. Companies need to be aware that these concerns are going to be be addressed publically whether they are using social media as a communication tool or not.

The advantage of social media for public companies it that it allows them to address public concern and show what kind of efforts are being made to appease these concerns. Rather than running from these new public forums, embracing them gives companies the ability to keep their ear to the ground and solve these problems before they get too big to handle.

I love your post,extremely informative!