The Market has spoken: Social Media and IR is here to stay 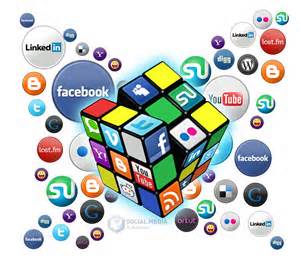 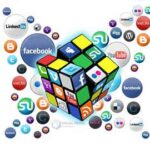 Since 2009, we have been sharing best practice examples of public companies that have been using social media for IR while staying within the boundaries of Reg FD. Unsurprisingly, like many others in the IR space, we feel that the SEC?s recent guidance regarding social media was a natural evolution of the marketplace. Not too long ago there were similar considerations when the website was becoming an increasingly important medium to communicate with shareholders. At that time, online investor communication was still developing and not every company had an IR section of their website. Similarly, around the same time, companies were also beginning to webcast their quarterly conference calls.

We all know that there has been a slow adoption in the marketplace of the SEC?s 2008 guidance on using websites as a recognized channel of disclosure. Although we had some activity on this front in 2010 and subsequently shared a post about some early adopters. Many IROs had similar concerns about using webcasting during conference calls as they did regarding IR websites. More often than not these issues included regulatory liability, as well as the extra time and effort required in adding another layer to an already lengthy process, whether or not investors are using these tools, and the return on investment.? It actually comes as no surprise that these same issues are cited today by IROs about using social media for IR.

Today, it is unthinkable for a public company to not have a corporate website, as it has become one of the first places analysts, investors and the financial media go to for current company information. One would also be hard-pressed to name a company who doesn?t webcast their quarterly conference call. So just like the market evolved to embrace websites and webcasting as best practices for communicating with shareholders, the SEC?s ruling is also a step in the right direction in encouraging companies to use social media in conjunction with the other tools in their IR arsenal.

We have written many posts on our blog on the importance of companies doing their own analysis to discern whether social media should be incorporated as part of their IR communications. In addition, through our extensive research, our goal has been to show IROs how their peers are using social channels to better their relationship with investors. So we are going to refrain from making any sweeping comments on the pros and cons of using social media for IR.? Here are some of our more popular posts:

Q4?s CEO, Darrell Heaps was asked by IR Magazine to weigh in on the SEC?s social media guidance:

When the SEC release came out a lot of people have focused on the black-and-white issue of whether companies would use social media exclusively for disclosure versus utilizing it as an added component of disclosure. Although interesting, I believe this misses the point. I think the important thing about the SEC release is less about the black-and-white disclosure issue and more about the SEC?s support of social media use in the market.

Coincidentally, shortly after the SEC issued its? guidance on social media, Bloomberg announced it would be including Twitter as a news source into their terminals. And due to a flash crash that occurred due to a false tweet, we saw how intertwined Twitter is now with Wall Street.

Darrell goes on to say:

A case in point is the inclusion of Twitter as a news source into Bloomberg ? which I think will have a bigger impact to the market than the SEC release. By integrating Twitter into Bloomberg, companies now have a direct connection to institutional investors, like they?ve never had before. This is part of an overall trend with social media being integrated into institutional desktops and decision-making. Bloomberg is the leader ? all other desktops to follow.

Further evidence of this is the recent flash crash based on a fake tweet. This showed us for first time, how deeply integrated Twitter is into computerized trading.

The reason why public companies should be using social media has never been stronger. Combining the awareness and liquidity benefits with a direct connection to the institutional investors, it is clear the social media & IR is here to stay.