Power Up Conference Highlights: Making Yourself Future-Proof in IR

In a recent blog post by Bloomberg entitled, Do IROs need shareholder surveillance services?, in which the financial information and news provider took a very narrow view of the industry, they stated, ?As an IRO, the more accurate information you have about changes to your shareholder base, the better.?

While I couldn?t agree more with this singular statement, that?s unfortunately about where the similarities end in terms of how Bloomberg and I see the current marketplace, and the IRO?s ever-increasing need for true market intelligence. I believe shareholder surveillance is undergoing a massive transformation and it?s critical for all in investor relations to understand what is happening with Surveillance 2.0.

?Your analysis, while technically correct, is insufficient,?

Let?s first look at Bloomberg?s conservative view of what exactly shareholder surveillance (capital markets intelligence) consists of. In their blog they quaintly describe stock surveillance as, ?An ongoing retainer-based consulting service that focuses on understanding institutional shareholder movements and the factors contributing to these movements.? ?Not a bad start, I?ll grant them that. But as my former Economics professor used to often say, when critiquing a blue book exam essay, ?Your analysis, while technically correct, is insufficient,? (aka, wrong).

As someone that has spent the past 17 years in the surveillance industry, personally partnering with some of the largest and most well-respected brands in the world, I would label Bloomberg?s summation of the industry as ?technically correct, but insufficient.?

This is not your grandpa?s stock surveillance

I would argue, as I recently did in an interview with Patrick Gallagher for a NIRI IR Update entitled, Surveillance 2.0 that in today?s world, stock surveillance service providers should be incorporating a more holistic view, and applying Quantitative Intelligence and Big Data Analytics that empower IROs with more accurate, timely, predictive and actionable intelligence. This intelligence shouldn?t be limited to institutional shareholder movements, but rather, focused more broadly on providing a clearer understanding of capital flows, market dynamics, relative performance metrics, forward-looking sentiment and expectations, and activist shareholder accumulations.

But vast, real-world market experience, coupled with in-depth data mining and quantitative analytics, are the truest tests of an intelligence provider?s worth. Show me a firm?s overall quantitative approach and trading acumen, and let that be the real basis for the accuracy and actionability of the information they provide.

When my team and I first founded Oxford Intelligence Partners, which was recently acquired by Q4 in September, we did so with a clear and conscious effort to take a quantitative approach to market intelligence, with a unique focus and understanding of the equity and options market.

I believe market intelligence providers should not merely be ?monitoring? options trading, or ?reporting? on put/call ratios and open interest (frankly, I would advise issuers to go to Yahoo! Finance for that kind of information), but rather, they ought to be applying proprietary quantitative algorithms and predictive models to transform that information into meaningful, predictive and actionable INTELLIGENCE. Anyone can read yesterday?s weather statistics back to you. It takes a true intelligence solution to predict what next week?s forecast is going to look like. 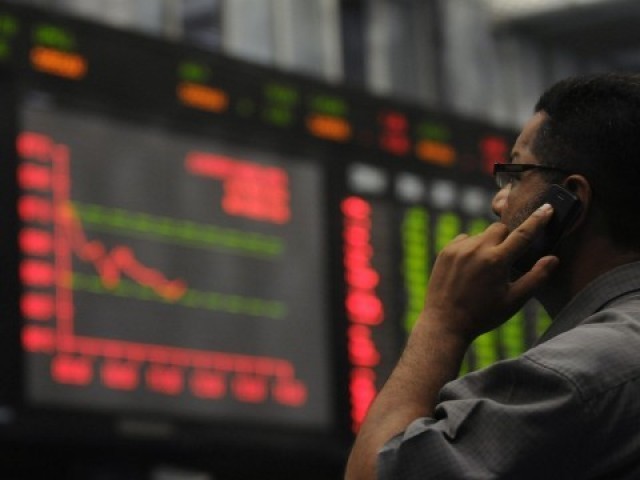 Surveillance 2.0 is More Science than Art

As I read further along in Bloomberg?s blog post the alarms really started going off in my head when I read, ?Surveillance, however, remains an art rather than a science with analysts taking their best guesses about what is going on.? I have been in this industry for nearly two decades, and have been hearing this same basic rhetoric the entire time. Well that ends now. Change is upon us. Surveillance 2.0 is here.

With better data scientists, highly sophisticated algorithms, screeners and pattern recognition software, proprietary quantitative and predictive analytics, we are able to drastically change the landscape of stock surveillance as it was once known. It is no longer solely predicated upon an analyst?s abilities, or stale, out-dated settlement reports, or ?market contacts? (which often receive illicit soft dollar remuneration for their cooperation).

Surveillance 2.0 is about something entirely different.

I see the burning question for an IRO, starved for greater clarity and understanding of market dynamics, not as, ?is stock surveillance necessary or needed?,? but rather, ?which firm, which methodology, which technologies am I going to invest in and see the greatest ROI??

Bloomberg ends its blog post with the following thought, ?Given the market and industry knowledge held by today?s IR departments, some would argue that the IRO – rather than the surveillance analyst – is best placed to formulate a rounded picture of trading activity.?

While it?s very true that IROs have become – partly out of necessity, partly out of the migration of many sellside analysts into the role – much more expert in their analysis of trading, the truth remains this is not, nor should it be, their main area of subject matter expertise. An IRO is a communicator between senior management and The Street. An IRO must properly cultivate, strengthen and grow relationships with industry experts, buyside and sellside players, and senior management teams within their own company. They must understand the business to its core, and be able to consistently articulate that message to potential investors and other stakeholders.

And while an IRO should know the basics behind trading, and should have an understanding of what makes each of their top institutional shareholders tick, an IRO is NOT an options trader, a data scientist, an equity analyst, a quantitative developer, or a hedge fund manager. An IRO cannot be expected to create proprietary algorithms to screen the markets worldwide – both equity and derivatives – in real-time, and analyze millions of pieces of data per minute, in order to better predict true market sentiment, expectations, relative performance metrics, and activist movements.

Surveillance 2.0 is a game-changer for the IR space. It helps ?IROs and the C-suite to better understand, react and plan for market behaviors and expectations. In a way, it?s like having the answer key before the test.

Make no mistake about it, this is science more than art. A new era of market intelligence has been born.