The demand for real-time capital markets intelligence is increasing. Corporate boards are demanding visibility on capital market issues more often and more quickly than ever before ? they want intel on which institutional investors are buying, how a company is performing relative to its peers and why, and proactive activist watch services. IROs are hard pressed to deliver this information without stock surveillance, which gives them the knowledge they need to keep the board informed of recent changes to their shareholder roster.

?Stock surveillance is built around the maxim that nobody likes surprises,? says Lee Ahlstrom, senior vice president of IR, strategy & planning at Paragon Offshore in Houston and member of NIRI?s board of directors.

If you?re an IRO who is looking to communicate with your board more effectively, here are some tips on how to use stock surveillance to do so. 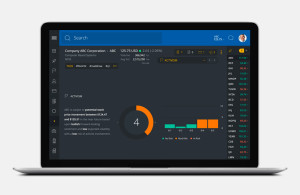 Stock surveillance allows IROs to inform the board about activists as soon as possible. ?If you think you have a case where an activist might be interested in you as a company – for example, if it wants to propose a new slate of directors or agitate for business change – then having surveillance lets you get some early warning signals,? says Ahlstrom. ?With an activist, things can quickly get to the board level, and if you don?t have surveillance, you may have little hope of seeing an activist coming.?

The potential for a truly disruptive surprise such as activism is one reason boards want to stay abreast of up-to-the-minute shareholder activity. The year?2015 was the most active year in history for corporate activism with 420 US activist campaigns, according to data and analysis from FactSet and PwC. Statistics like these suggest activism can no longer be shrugged off as a remote possibility.

Evidence also suggests boards are becoming more proactive about addressing actual or potential shareholder activism. In its 2016 Annual Corporate Directors Survey, PwC finds that 79 percent of directors took steps related to shareholder activism in the preceding 12 months. And nearly half (48 percent) of boards say they used a stock-monitoring service to receive regular updates on ownership changes.

Help the board understand current shareholder base.
Ahlstrom, who attends board meetings and helps prepare written board briefings, relies on stock surveillance to furnish accurate information on the shareholder base. ?On a quarterly basis, we ask [our surveillance provider] to analyze changes in the stock, who?s been moving in and out of our stock and any other big differences quarter on quarter. All of this is potentially interesting for the board,? says Ahlstrom.

Explain sudden stock price movements.
?Surveillance becomes very interesting and useful for the board when you start seeing large movements in the stock,? says Ahlstrom. ?That?s because surveillance firms may have different inroads to get information you don?t have.?

When you’re informed, your board is informed. Stock surveillance helps make sense of available data so you can tell your company story more clearly and efficiently.

Let’s get to the bottom of it… Is stock surveillance worth it?