Expect the Unexpected: How to Plan for a Crisis

Activist Investors Back in Full Force in 2021

In May 2015, the Shopify IPO?raised net proceeds of $136.3 million with shares priced at $17, after offering them for $14 to $16. A Canadian tech darling, Shopify was founded in 2006 after CEO Tobias L?tke tried to set up an online store to sell snowboards but found existing technology unable to meet his e-commerce needs as a small business. Over ten years later, more than $23 billion of GMV has been transacted through Shopify, and the multi-channel platform continues to grow in their mission to ?make commerce better for everyone.?

Shopify?s IPO process happened within a condensed five months in early 2015. We caught up with Katie Keita, director of investor relations at Shopify, who walked us through the company?s IPO. 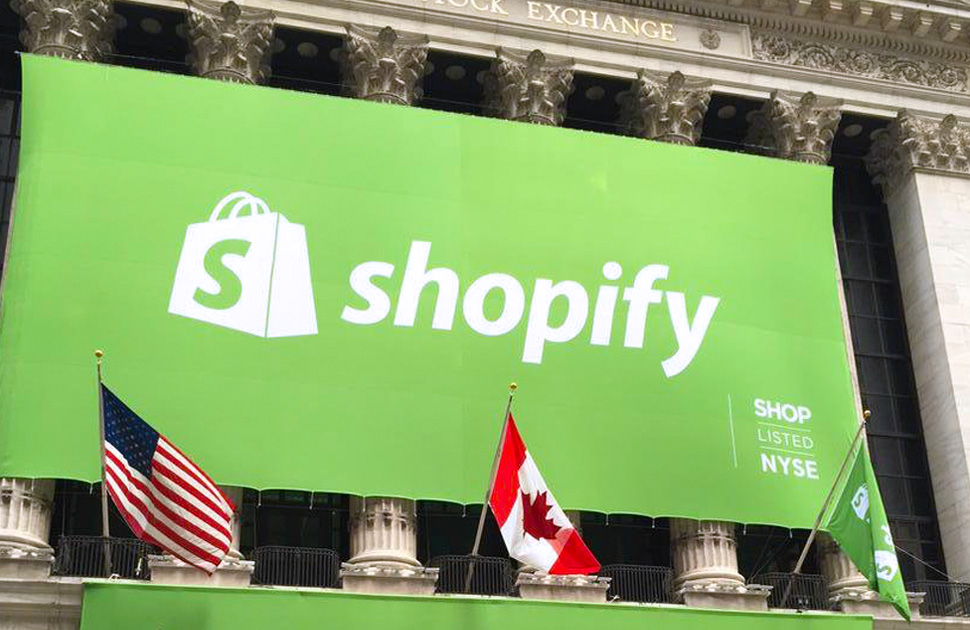 Tiffany Regaudie (Q4): What did those first conversations look like about IPO between yourself and your management team?

Katie Keita (Shopify): Shopify?s IPO happened in five months, which may be unprecedented for an IPO. I think it?s amazing, as it can often take well over a year. So those first conversations I had were very decisive: everyone put their all into it and went full steam ahead.

TR: Was that facilitated by the fast-paced culture at Shopify?

KK: Absolutely. We have a very strong sense of urgency here. That definitely influenced how we went about the IPO.

TR: What were some of the challenges you faced as an IRO, given the speed with which things were happening?

KK: So I joined Shopify in early March, at a mid-point during the IPO process, which presented a few challenges. I had to simultaneously get up to speed on what the company does, our competitive position, and our strengths, while also learning how to explain these things to an investor. You need to be an expert — which can be a challenge when you?re new to the company! Investors are looking to you to know everything, from very broad information to very granular. It was a steep ramp.

TR: Tell me a little more about your investment proposition and how you frame that for investors.

KK: In one part, it?s about the opportunity in retail right now, which has enabled our very rapid growth, and then one part business model, which is the win-win that exists between Shopify and our merchants. When it comes to?the?opportunity, it?s about using technology to get better at retail.

Commerce only happens if you have the right goods in the right place at the right time. As a multi-channel platform, Shopify makes that happen. You can have a pop-up shop, bricks and mortar, online store, a blog, etc., and the merchant gets one consolidated back-end to manage them all. No other e-commerce platform really does that today. What Shopify does is not a discretionary spend for merchants, it?s essential. If you?ve turned off Shopify, you?ve essentially closed your business. 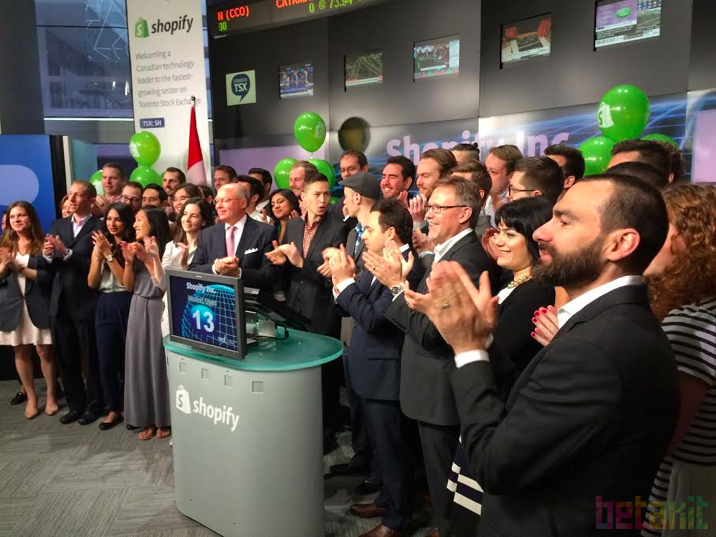 Shopify continues to grow in their mission to ?make commerce better for everyone.? Credit: Betakit.

TR: How did you work to craft this messaging with your management team?

KK: ?It didn?t take much to settle on the multi-channel messaging, because it really is a huge differentiator for Shopify. Beyond that, people?s feelings also run very deeply about what our best assets are, so there was some back and forth to settle on a middle ground that would also resonate with investors. There are so many different opinions here at Shopify, and we respect and explore all of them ? there?s a ton of value in that. This is why we feel so strongly about diversity of thought.

But once those battles were settled, delivery of the message was very well executed because the team here has been together for years. They know each other, trust each other, and operate like a professional sports team — they can anticipate each other?s moves, so at our best, Shopify runs like a well-oiled machine.

TR: Do you have advice for other IROs who may be negotiating with an emotionally invested management team?

KK: I think the value of any IRO is to represent the investor in the room. In those situations where there is disagreement, the IRO?s role is to play the role of Wall Street, which is always going to be an objective, analytical, outsider?s point of view. Just being able to say, ?Yes, you could say it that way, but this is how people will interpret it? is the essential role of an IRO. Investors live within an entirely different context than management. You have to remind management that yours is one of 4,000 publicly traded companies. If you keep that in mind when talking about messaging and execution, the story is more likely to be crafted into one that stands out.

TR: What were the most professional rewarding moments for you?

KK: Because I was so new, I felt a bit like the person who skips the long church wedding and just shows up for the reception. The most rewarding moments were when people took my advice and listened to my ideas, even when I was still learning about the company. The fact that Shopify was going to IPO was one of the reasons I joined, so I could live through and learn that process. I?m really happy to have now checked the IPO box in my career.

Katie Keita is the director of investor relations at Shopify, and she has 20 years of experience in IR. She has an MBA from Miami University and has worked for several companies in IR, including CBIZ and EMC. ?

How to IPO: US Foods SVP of Investor Relations Melissa Napier

Ready to IPO? A how to on corporate story telling: Nutanix