Power Up Conference Highlights: Making Yourself Future-Proof in IR

From active management to AI: The growing role of artificial intelligence in the capital markets

Artificial intelligence (AI) has been a favourite topic of the sci-fi genre for decades. We?ve all dreamed of a future with the affable duo C3PO and R2D2 or when we may have the ability to fly in robotic armour with J.A.R.V.I.S along for the ride.

As it happens, we?ve already been benefitting from AI for several years. If you?ve ever wondered how certain companies target you with digital ads as you surf the web, the answer is simple: the logic is based on a simple form of artificial intelligence derived through the use of algorithms. This type of AI is considered primitive as we enter a new era, one where machines can digest large volumes of information ? big data ? and learn. The applications for this type of AI are endless ? think checkout-free supermarkets, personal assistants, and driverless cars.

AI will affect human employment just as the industrial revolution did in the 18th and 19th centuries. ?Experts predict with 50 percent certainty that in just 23 years, AI will match human-level intelligence. 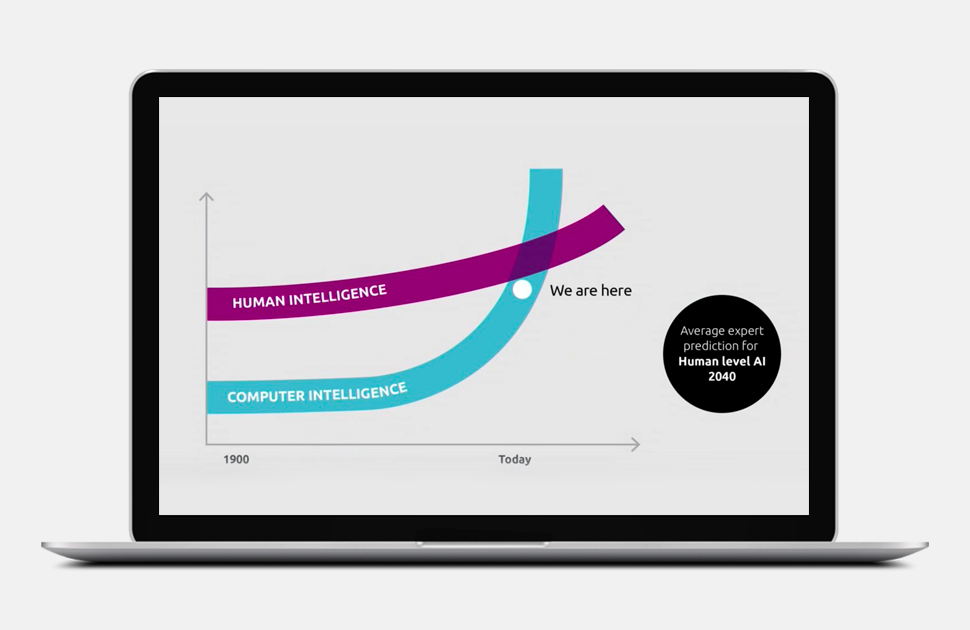 The inevitability of AI shifting the job market is already becoming a reality within the capital markets. Last week Blackrock CEO Laurence Fink declared his intention to rely ?more on big data, artificial intelligence, factors and models within quant and traditional investment strategies.? And so as the machines begin their takeover, at least 36 employees connected to Blackrock?s active funds will be leaving the firm.

Blackrock?s decision comes off the back of investors withdrawing a record $19.3 billion from its U.S.-based actively managed mutual funds in 2016. This in itself comes as no surprise considering since 2009 an incredible 89 percent of Blackrock?s active funds have failed to beat their benchmark. Universally, a staggering 91.9 percent of all U.S. and 74.2 percent of all European large-cap funds underperformed their respective benchmarks over the past five years according to Spiva.

This may be why Blackrock is turning to PhD graduates to run complex algorithms that might factor in anything from fundamental to alternative data (e.g. use of satellite images to monitor consumer visits (by foot or car) to specific retailers) and generate investment ideas – stock pick, but objectively. The expectation would be to take the guesswork out of the process of active management and introduce a lot more exact science.

Active vs. AI management: What does it mean for IROs?

When it comes to active management, corporate access is a core part of the stock picking process. IROs can use this interaction to ensure their story and valuation is understood correctly by investors and answer any of their questions. But what happens when active funds are driven by artificial — as opposed to human — intelligence that is powered by algorithms that in turn process data?

Looking at another example of where AI is used might give us insight into how IROs can communicate with AI teams at investment companies. Where once stock surveillance providers had relied purely on shareholder analysts to generate intelligence for corporate clients, many, such as Q4, now have a committee of shareholder analysts and PhD graduates working together to manage the AI systems that drive analysis. In this relationship, the role of the shareholder analyst is to apply critical thinking and business logic, based upon their subject matter expertise, which then outlines the overall strategy of our analysis. From there, our quantitative team develops the underlying algorithms that objectively analyze big data and execute the strategy.

Blackrock and other active fund managers relying on AI may form similar committees of critically inclined advisers and mathematically driven PhD graduates. In such a scenario, advisers and IROs will want to keep up the practice of corporate access and make sure that all investment and valuation factors are appropriately understood on both sides.

As the active AI investment industry matures, it may become necessary for IROs to become algorithm literate, or partner with an intelligence provider who is. IROs should update their valuation models so that they can communicate with this new breed of PhD fund managers.

If investors are using algorithms to backtest big data or read alternative data such as satellite images, IROs will need to ?speak to? this form of artificial intelligence. IROs may even be required to identify flaws within algorithm-driven models, to ensure that fair valuations prevail.

Blackrock?believes they can transform the fortunes of a struggling business unit by turning to AI. They believe AI will better target fruitful investment opportunities over traditional stock pickers. IROs may one day need to be able to communicate with these buy-side AI teams.

Corporates should perhaps follow Blackrock?s lead and harness the power of AI for themselves — turn the tables, so to speak, and use AI to more effectively target investors. Earlier, we mentioned driverless cars — now think effortless targeting where machines process big data and tell you whom to target. This will be the future of IR 2.0.

Amit Sangvhi is the senior director, international advisory at Q4. Based in London, UK, he?s passionate about how technology can change the face of shareholder ID in Europe. You can follow him @4mits.

MiFID II: Should IROs prepare for life with a weakened ally?