Passive Investing and ESG: The Convergence of IR and Corporate Governance

I’m old enough (and have the grey hairs proving it) to remember the bull market stock booms of the 80s and 90s. This is really when Wall Street met main street, and mutual fund investing became mainstream for retail investors. It also spawned the age of  “Rock Star” portfolio managers like Peter Lynch, Tom Marsico, Jeffrey Vinik, Ken Heebner, and many others. Stock-pickers became the market gurus of a generation and investors eagerly poured money into their funds – often paying high management fees to do so.

Over the past decade, however, there’s been an undeniable trend in investor appetite for passive investment strategies (over active Investments). As I wrote back in February, in 2016 alone, passively-managed funds saw net inflows of $563 billion, while their actively-managed counterparts witnessed net outflows of $326 billion. According to data from Morningstar, that trend continued through 2017, with net inflows of $470 billion into passive strategies, versus $175 billion net outflows from active managers. Further analysis shows just how concentrated those net inflows in passive vehicles were, “in 2017, 81% of all new investor dollars went to Vanguard or BlackRock.” That’s a truly staggering stat.

What this means for IR

An initial response to this tectonic shift toward passive investing might be, “so what. It doesn’t impact me.” But, that couldn’t be further from the truth. While it’s true that shareholder engagement with Passives might differ from strategies used with active managers, IROs simply can’t ignore them. In other words, passive investing doesn’t mean passive ownership.

One of the biggest ongoing trends that’s impacting the IR function is in governance, referred to more generally as Environmental, Social & Governance (ESG). Firms like Vanguard and BlackRock have become so large that their stakeholder influence is palpable. By almost default — based purely on their size and indexed investing style — these two firms are among the top shareholders of the most publicly traded companies in the US. That’s a lot of power to hold over the capital markets. Their size alone means they have tremendous influence over such factors as: executive compensation, board member elections, board diversity, reporting transparency, voting rights, and even oversights on IR strategy. It’s here that IR meets governance.

ESG-related issues have also become more of a hot button topic for Activist investors — and not just from the typical “activist” names. Sure when it comes to activist campaigns, investors like Carl Icahn and Bill Ackman get a lot of press. But of late, Indexed names have become noticeably more “active” in their ownership. We’re seeing some of the largest indexers in the world campaign public companies to improve their governance practices, as well as social and environmental relations and footprints. This is a major shift in thinking by a huge segment of the investor community that, for decades, has essentially been “out of sight, out of mind” for most IROs.

The passive investing and ESG trend will only continue to climb and converge. But don’t just take my word for it: BlackRock CEO Larry Fink has recently estimated that passive ETF assets, which incorporate ESG related factors, will grow from $25 billion today to more than $400 billion in a decade. The need for IR professionals to focus on these areas will increase exponentially. In fact, I’d go so far as to say that the IR function in general, which has evolved from a communications vertical to more of a finance function over the past 10 years, will see yet another evolution: the convergence between IR and the Corporate Secretary. Understanding and managing shareholder expectations and demands, especially in this ever-increasing passive ESG-focused investment environment, will undoubtedly change the day-to-day workflow of the modern IRO.

Ultimately, it will no longer make sense to focus your targeting efforts solely on actively managed portfolios. In addition to speaking with active buy-side managers about their models and your company’s story, you’ll have to manage relationships with key passive investors and strategically incorporate a governance-related focus. This will also mean understanding passive investor ESG mandates, voting trends, areas of focus, and proxy guidelines. Managing these relationships and keeping your management team and board abreast of any challenges (as well as of any ESG vulnerabilities) will not only illustrate the true power of IR, but also help drive tremendous enterprise value.

But be careful not to mistake this trend as a complete usurping of active investment. At the end of the day, active investing will always have a place in the market. There’ll never be a lack of investor appetite for higher risk-adjusted returns above-indexed funds. That being said, it’s clear that passive investing and ESG mandates are not just temporary fads. There’s simply too much money and momentum behind these movements, which will only increasingly influence the IR workflow. The growing demands on IR resources stemming from passive, ESG-related issues are here to stay and becoming ever more prevalent. As time goes on, the IRO’s role will have to adapt with this evolving environment and the inevitable convergence of IR and governance.

Adam Frederick is the Senior Vice President of Intelligence at Q4 and blogs regularly about trends in investor relations and the capital markets.

Next Level Reporting for 2019

Read More
FFeatured
This year’s NIRI national conference underscored what a dynamic time it is to be in investor relations. Over… 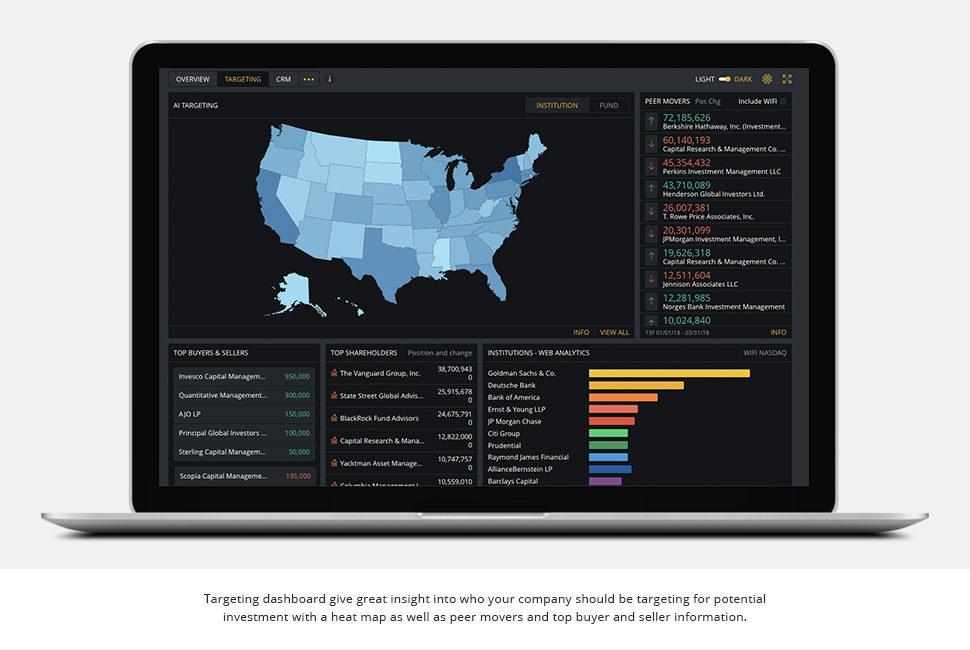 Read More
FFeatured
Over the past several months, I’ve spent a lot of time thinking and writing about the impact of…