Righting the ship: the role of the IRO in managing shareholder activism

It’s always exciting when you attract a new shareholder…until the moment you realize the most recent buyer of your stock is an activist hedge fund. Now what?

While panic is never the answer, a few deep breaths certainly couldn’t hurt. Having an activist in your stock is something to be taken seriously. Shareholder activism is a major force, as activist funds now have more than $190 billion in assets under management, and launched 566 campaigns in North America and 922 campaigns globally in 2018, according to Activist Insight.

It’s also worth noting that these campaigns can be very effective. According to FactSet SharkRepellent, activists were successful in approximately 48% of the 44 proxy fights that went to a vote in 2018. Importantly, this “success rate” doesn’t include the significant number of operational, financial and governance actions taken by companies to head off an activist or board seats gained by activists through settlements with companies in order to avert a contested director election.

This was a hot topic at Q4’s inaugural Power Up Conference, where I led a session on recent trends in shareholder activism and some of the essential “To Do’s” if an activist shows up at your company. In case you missed the live event, we wanted to share a few basics of shareholder activism preparedness.

What’s behind the growth in activism?

The growth of index funds is one of the major drivers behind the growth of activism. Index funds – which will comprise 50% of all US proxy votes by the end of 2019, according to Morningstar data – cannot increase the value of their assets under management by buying and selling them – but they can do so by pressuring their portfolio companies to operate better.

There also happens to be a major concentration of ownership in the dominant index funds, making it significantly easier for them to have an impact on a company – often with just a phone call. And as traditional active managers are seeking alpha and trying to outperform the index funds, they too feel tremendous pressure to make the companies in their portfolio operate better. Fueling activists’ success, we are seeing traditional “long-only” institutional investors increasingly support activists both publicly and privately. In fact, major activists themselves have admitted that they get approached by large institutions who are disappointed with the performance of the companies in which they are invested.

In the early 2000s, before the rise of activism, most activists were inclined to focus on smaller, underperforming companies. But today, strong performance – or a company’s large size – are not necessarily protective. As an illustration, in 2018, roughly 21% of activist targets had market caps of greater than $10 billion, according to Activist Insight. Targeting larger, well-known blue chip names can bring an added bonus of increased attention and notoriety coveted by some activists.

Is the risk real?

The truth is, for most companies, activism is not a matter of if, but when.

This doesn’t mean that every company will face an activist campaign, but generally speaking, we see activist investors in shareholder registers across every industry. We think of this as “practical paranoia” – the idea that some activist, somewhere, is probably looking at your company. And if there’s one looking, there’s likely a handful of them looking.

If we assume that activists are looking, the next logical step is to consider what would make them run a campaign against your company. What will activists see that either makes them stop and seriously consider your company as a target or move on to the next possibility? If you haven’t already thought about this question, you might be a better target than most.

As is often the case, with shareholder activism the best defense is a good offense – a robust IR program including active engagement by senior management with the buy-side and sell-side, a regular feedback loop to provide unfiltered shareholder sentiment to senior management and the board of directors, routine vulnerability analysis, and advanced preparation.

Are IROs prepared for the activism threat?

Given how pervasive shareholder activism has become, IROs are generally more informed on this new paradigm of shareholder-company engagement; however, the path to preparedness can still be challenging for IROs.

A significant component of advance preparation is getting your senior management team to recognize there may be potential threats and vulnerabilities than any activist can seek to exploit to advance its own interests. IROs can prepare all they want, but the real preparation comes when management is readily accepting of the importance of the issue, how vulnerable the company is and the steps necessary to inoculate against, or preemptively address, those vulnerabilities.

This means effectively telling your CEO and CFO that you’re preparing for an attack. And telling your board that they should be prepared for an attack. It can present a real challenge for IROs to tell leadership something they might not want to hear, but this honest conversation – the unfiltered feedback from shareholders – is critical for both management and the board to hear in order to know where they stand. And, as difficult as this task may be, the IRO is actually the perfect choice for broaching this tricky topic.

We often call the IRO the “canary in the coal mine.” Being on the front lines, IROs receive the first and often least filtered feedback from the investment community. And when shareholders start to feel frustrated, that’s often a first sign an activist may be coming. An IRO tends to know where the company is most vulnerable, and that’s why you are often in the best position in the company to convey this critical feedback to the management team and board of directors.

At the recent Power Up conference, we provided the tools and techniques IR teams need to be prepared for an activist in your stock. We looked at everything from getting management actively involved in this process to taking proactive measures like vulnerability assessments and monitoring shareholder activity.

We also touched on some communications best practices, and addressed the importance of asking questions like: is management making enough face-to-face appearances with investors? Do we have the right relationships with key third parties? Are we clearly communicating our ESG story? Should we consider introducing directors to proxy voters during “peace time?”

Our goal was to help attendees walk away from the session armed with the knowledge and confidence to prepare their organizations for the worst-case scenario of a shareholder activist.

A huge thank you to all of our attendees and speakers for joining us in South Beach and for helping us get closer to solving IR’s biggest challenges. We hope to see you next year! Pre-registration is already open, so sign up for Fall 2020 today. It’s going to be the must-attend event of the year.

Andi is a Partner with Joele Frank and joined the firm in 2006. She has extensive experience developing and implementing investor relations and financial communications programs and also advises clients on special situations. Her areas of expertise include investor relations and public relations, M&A, shareholder activism, crisis communications and spin-offs. In 2012 Andi was named one of PR News’ “People to Watch.” Prior to joining Joele Frank, she worked at Ogilvy Public Relations Worldwide in the Corporate/Investor Relations practice. She received a BA in English from Dartmouth College.

Five trends all IROs need to consider for 2019 and beyond

Activating intelligence for the IRO of today and tomorrow 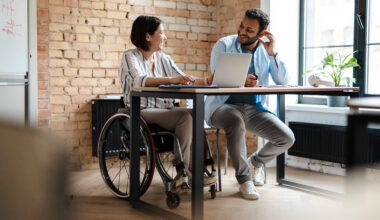 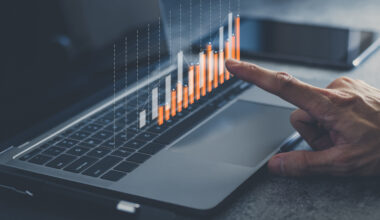