When it comes to technology, IR needs to catch-up with the buy-side

“Buy-siders are risk-takers,” says Amit Sanghvi, Managing Director for Q4 Europe, “while IROs are risk managers.” When it comes to technology, it makes sense that IR professionals have traditionally not been the early adopters. But with recent industry developments, things are rapidly changing.

The impact of regulation, most notably MiFID II, is putting real pressure on resources with a reduced sell-side. It’s making IR professionals rethink their use of technology. Sanghvi says in the past few years, the technology available has “developed in leaps and bounds,” with innovative new tools coming fast and furiously down the pipeline.

Beyond all of the buzzwords, “it’s really all about big data, or in other words, data that’s too big for a human brain to crunch.” He explains, “with tools driven by Artificial Intelligence, machines take that data and create algorithms to find patterns, while continuously learning and improving on their performance.”

Alex Tselentis, Investment Manager and Partner at Finex, says that his firm uses a three-pronged approach in its company assessments: low and high tech solutions, and social media monitoring. He underscores that understanding these elements can be just as important as making use of these new tools yourself.

It’s becoming increasingly apparent that IROs need to be aware of how the buy-side is using technology. According to Sanghvi, “IROs should get comfortable with tech, because it’s not something that’s going away.” His advice for IROs is to be aware of what’s being used and how – and also understand that it’s a two-way street. “The buy-side is targeting the best investment opportunities, while you’re targeting the best investors. If the buy-side is leveraging technology in such a big way, the question is: can and should you be doing the same?”

In a recent breakfast talk hosted by Q4 in London, we spoke with three industry influencers and held roundtable discussions with over 40 IR professionals to find out what IROs can learn from the buy-side on leveraging the latest technology, as well as alternative and big data.

The surprising power of alternative data

Finex, which Tselentis describes as a value investor (despite only running hedge vehicles) has almost no contact with companies. The Finex team uses publicly available information to look not just at the financials of a company, but also at its ESG reporting. “We find that ESG tends to be very predictive of a company’s future performance,” Tselentis explains. “It adds a certain nuance – because we are quant managers – the financial information we construct and analyze ourselves.”

A lot of these elements are very simple, he notes, such as a company having the correct policies in place for gender diversity, the right board structure or enough non-executives. “People are scored on this in our system, which we then use for predictive analytics,” he continues. “Certain companies, irrespective of how good the financials are, will not be considered for investment, if they do not score well.”

While Finex doesn’t actually post to social media, social media monitoring makes up an important part of its analysis – IROs should take heed. “Social media is a good predictor of share price movements and volatility,” he explains. “A company issue played out on social media normally has a 72-hour time frame. We find companies are often way behind the curve.”

And though you could argue that a Twitter storm (like the one created when a doctor was forcibly removed from an American Airlines flight in April 2017) simply creates a temporary movement in share price, Tselentis warns that “unfortunately, it adds to volatility and people’s perception of your company.”

Tselentis emphasizes that “there’s a lot of data out there and things are far more transparent than people would believe.” He underscores that IROs would probably be surprised to know just how much data their company unintentionally releases. “We monitor environmental agency reporting with text recognition,” he says, which for Finex is more accurate than statements from PR or IR teams, because it’s never biased. Finex even analyzes the text of company and chairman’s statements.

Funds are already leveraging artificial intelligence and machine learning to access data about companies. Finex gets anonymized data from credit card transactions. “With the GPS data attached to these anonymized transactions, we can – to about 90 percent accuracy – know who it belongs to,” Tselentis points out. “We know how much your company has in sales, almost as fast as you know what you have in sales” (sometimes even faster, depending on a company’s IT systems).

Supply chains are known for selling company data. While this is again anonymized, Tselentis notes, “we can work out the pattern and see who is moving what where. In manufacturing, your factories are being monitored by satellite. We know how many trucks are being loaded on a daily basis and their patterns – so, going into earnings season, we can work out what your sales are.”

What does it all mean for IR and targeting?

According to Hetal Patel, IR General Manager at Luxembourg-based steel manufacturer ArcelorMittal, MiFID II is changing attitudes. “What I’m finding is that our workload in the IR team has increased substantially this year.” As well as the oft-discussed thinning of the sell-side, he continues, “I’m seeing a lot more interaction from the buy-side and hedge funds coming directly to us.”

“We’re now being required, in effect, to do the corporate access work ourselves. That’s not our fundamental skill-set, so we need to have our fingers on the pulse – but it can’t be done manually, that’s too inefficient. We’ll need help to manage the process.” Patel underscores that it’s becoming increasingly essential to understand what the buy-side is thinking and doing, because now more than ever for IR teams, it’s all about becoming proactive.

In terms of technology, MiFID II not only presents a challenge, says Sanghvi, but also an opportunity to be more creative and take some of the ‘grunt work’ out of the day-to-day. “Without the sell-side there to help or a budget increase, how are IR teams going to maintain IR output?”

This, he says, is where the new breed of AI-powered IR tools come into their own. “Without going too far into the regulations,” he says, “I look at them as a catalyst for change. The technology was there before, but the regulation is the catalyst that makes you think, ‘Ok maybe I should adopt it’.”

Some of the tools on the market might look familiar – such as the IR site and CMS – while others are completely new to the market. So where have the real changes been happening? “The biggest leaps are in AI-driven targeting and intelligent pipeline management to pursue and track the right investors at the right time,” confirms Sanghvi.

What the new tools do for targeting is almost completely different from the old ways of using peer analysis as the base. Now, says Sanghvi, “we’re able to use machine learning to look at a fund’s portfolio, examining every single stock that it’s held over the past 10 years. We can ask: at what point did it trade these particular companies and what were the fundamentals of those stocks, versus the economic environment at the time.”

He explains further, “We can actually start mapping the triggers for a change in investment. Once we find a pattern, we can apply that pattern going forward – all the while, the machine is continuously improving how it identifies new and relevant information (otherwise known as machine learning).” With AI Targeting, you can essentially look at ‘company X’ and ‘fund Y’. If their conditions match, that fund is likely to be in a position to buy or sell your shares in the next 90 days.

AI-driven tools are also starting to help with the issue of corporate access, and will soon be able to pinpoint elements that can be seen as a turning point towards a buy, in what Sanghvi says IROs should see as “a sales process.” And based on the same technology, IR teams can now access real-time share analysis – to help paint a more accurate picture of how their activities affect the share register.

Will these new technologies become the holy grail for helping IROs prove their worth to the C-suite? While we might still be far from teleportation and the ability to swipe a report into the boardroom (Minority Report-style), according to the day’s roundtable discussions, IR teams are ready for synced-up tools that can intelligently integrate key data. This includes shareholder identity, corporate access, as well as perception and share analysis. CRMs will also have to become increasingly customizable to produce board-ready reports. And perhaps most of all, there’s a growing need for sophisticated systems with the ability to track potential targets and identify ‘when the stars have aligned.’

But if you’re worried that these new kinds of high tech tools might herald the end of the IRO as we know it, Sanghvi reassures that what you can’t take out of the process is human interaction and developing relationships. “You can’t discount the impact of being in a meeting, looking an investor in the eye, reading their reactions, and making a personal impression.”

Taryn Shulman is VP, Marketing at Q4 and blogs regularly about trends in the fintech sector.

Connecting the dots between art and science in IR

Social media tips for IR from a marketing specialist 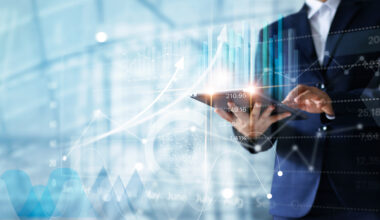