The Russell indices are some of the most widely followed for investment managers and index funds. The indices can range from mega-cap to microcap stocks and are tracked by more than $9 trillion in assets by investment managers. The Russell 3000 index includes the largest 3,000 U.S. public companies by market cap, which represents roughly 98% of all U.S. public companies and $47.7 trillion in equity (up 52% from 2020). Moving in or out of an index can have a big impact on a company’s shareholder base and potential stock performance. That is why many people pay close attention to the annual Russell Rebalance which is set to take place this Friday, June 25th.

A lot has happened in the last year since the previous rebalance on June 26, 2020. The S&P 500 is up 41% since then, up 13% in 2021, and near all-time highs. Each sector has had a remarkable run in the last twelve months with all of them in positive territory. Financials (+59%), Industrials (+54%), Materials (+51%), and Communication Services (+51%) have led the gains and have returned over 50% in that time period. It is likely that some of these sectors will receive higher weightings within the Russell given their outperformance over the year. Technology and work-from-home companies that benefited from the pandemic have lagged behind thus far this year. Recent concerns about inflation and Federal Reserve policy have also had a negative impact on tech stocks. Meanwhile, firms that will benefit from economic reopenings and rising interest rates have been lifting equities in recent months.

Interestingly, in the last year value stocks have outperformed growth companies, which has bucked past trends. The Russell 2000 Value Index returned 79% in the last year compared to only 50% by the Russell 2000 Growth Index. Small-cap stocks have also rebounded strongly after getting hit hard during the pandemic. The total market cap of the Russell 2000 increased by 84% to $3.5 trillion this year and the smallest stock has a market cap of $257.1 million, up from $94.8 million in 2020. Given all the volatility and major price swings in the last twelve months, it is likely we could see unusually high trading volumes on Friday as a result of major re-weightings.

It may be difficult to believe, but it is also possible that some of the Reddit and retail activity this year could have an impact on weightings for some companies. As you know, some stocks like AMC and GameStop have seen dramatic rises in price and valuations over the past few months. AMC currently has a roughly $28 billion market cap heading into the rebalance after coming into the year at less than $500 million. In the latest Q1’21 public filings it showed that index investors represented the top seven largest buyers of AMC over the quarter because of the stock’s massive price surge. GameStop’s market valuation has also ballooned to $15 billion, up from $1 billion heading into this year. While these are the two most well-known of the “meme stocks”, other companies are still much higher on the year as a result of the retail activity. Firms like BlackBerry, Bed Bath & Beyond, BuildABear Workshop, and others are still much higher on the year and could draw some of the capital flows during the Russell Rebalance.

The Rebalance and Stock Prices

It is difficult to determine how the rebalance could impact a stock price. A higher weighting in an index does not necessarily translate to strong buy demand and rise in the stock price. On the contrary, since this is such a large liquidity event for companies it can often attract large sellers looking to reduce their exposure, which could cancel out the index buying. In addition, moving down from the Russell 1000 to the Russell 2000 does not necessarily mean that index investors will be net sellers on the day. In fact, there are generally more assets tied to the Russell 2000 than the 1000, so index demand could potentially be net positive. Hedge funds can also impact prices by trying to front-run some of the major moves in anticipation of index funds and make short-term profits. In other words, there are several factors that could impact stock prices that make it nearly impossible to predict the price movements as a result of the Russell rebalance.

As capital continues to flow from active to passive managers, it is critical for IROs to be aware of these major index events. For many companies, passive managers have already surpassed the active ownership of the stock, which makes these rebalances even more impactful. Having a good Stock Surveillance program can certainly help in understanding how these events can impact your stock and trading. Learn more about the benefits of Surveillance by reading the post Stories from Surveillance Analysts: Using Data to Drive Impact.

How to Measure the Success of an IR Program 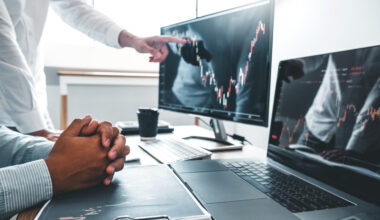 Read More
FFeatured
Welcome back to the latest edition of our Q3 2022 earnings season update on trending topics, macro trends…