Q4 hosted a webinar on Wednesday, April 22 to discuss the Q4 Trade Indicator, a predictive analytics suite designed to provide IROs and C-level Executives with leading indicators of price movements in their company?s stock and the stock of their peers. The webinar was hosted by our very own Darrell Heaps (CEO & Founder at Q4), featuring William Herkelrath, Business Development Manager from TIM Group and Q4?s SVP and Global Head of Sales, Jason Brausewetter.

Below is a brief summary of the highlights discussed during the webinar. We highly suggest you take the time to watch the full replay of the webinar for a fuller understanding of Trade Indicator.

Background on the Q4 Trade Indicator:

Having built the Q4 website platform, Q4 began to expand on products around earnings management like webcasts and conference calls, which led to the launch of its analytics tool last year – Big Data. This inspired the team to think about investor behaviour, and this is where Twitter sentiment came next. Q4 brought forth trending stories on Twitter to the IRO suite, which was the leading indicator for any issues. However, as Darrell points out, the challenge with leveraging Twitter is how quickly the information transacts through the platform. Even though this product was effective in communicating any issues, it wasn?t providing any advanced warning signs to the IRO that would otherwise give them a lead time to act on.

This is what inspired Darrell and the team to think about how Q4 can extract sentiment that will in turn be for use for its clients. Consequently, thinking about methods to extract institutional sentiment for clients is what inspired Q4 to look at trade ideas, and ultimately TIM Group.

In conjunction with this thought process, Q4 then decided to leverage its mobile platform, as Darrell indicates during the webinar, and this is where the launch of the Q4 Touch app came into place. The app is the delivery method for the Trade Indicator, allowing IROs to have access to the data in real-time.

What?s the value of the Trade Indicator to the IRO?

Next, William discussed the value of this platform to the IRO during the webinar, providing a brief background on TIM Group as the industry?s leading alpha-capture distribution platform. William notes that the platform grew out of a need in the market for the sell-side to capture information and put in their trade ideas in one unified location, which they can then distribute to their clients all at once. This data becomes traceable and manageable in terms of how well the ideas perform. For the IRO, the value here is that not a lot of people have this information at their disposal. 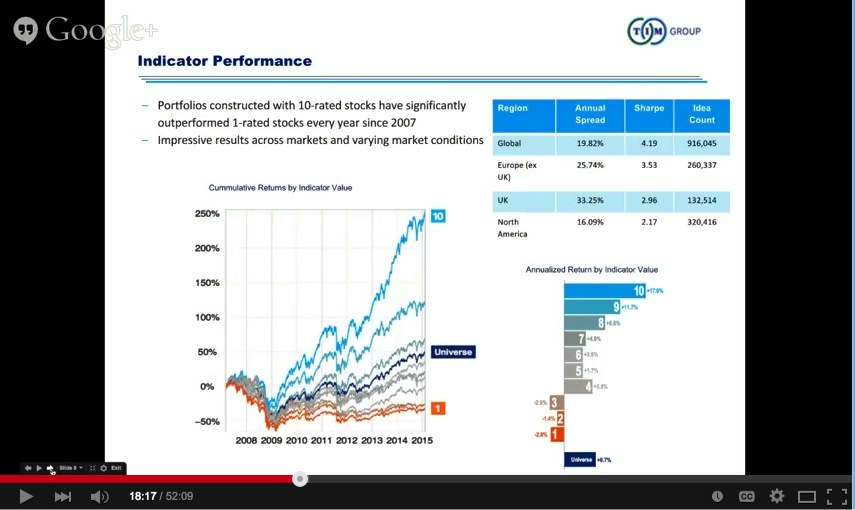 Next, Jason outlines how the Q4 Trade Indicator is a beneficial product to the IRO. From an IR standpoint, he mentions that the platform is a smart algorithm that will ease the decision-making process for the buy-side, allowing them to determine what they?re going to do with that specific number. Jason also adds that 50 of the world?s largest asset management companies are leveraging this data and using this platform to get a first glance into what goes on in the market.

Click here to view a playback of the webinar.

Free Q4 Webinar: The Top 5 Problems with IR Websites and the Best Practices to Solve Them