While the road to becoming a public company may appear to have long been standardized, new paths and new types of public companies are changing the landscape. Recent Direct Public Offerings (DPOs) have demonstrated that there are viable options for tapping directly into public markets – though these companies are often well-known and well-funded prior to going public. Also capturing investor attention are Special Purpose Acquisition Companies (SPACs). SPACs used to be a small subset of the IPO market but have exploded over the past year, and the outlook for these alternative financing options continues to be strong.

Recently, Q4’s VP, Head of Global Partnerships & Alliances, Mike Coffey, and Lee Stettner, Co-Head of ICR Capital connected to discuss the current state of the IPO market, what lies ahead, and whether or not these non-traditional options are here to stay. Here are some of the highlights from that webinar.

According to a recent ICR report, SPAC IPO issuances broke all records in the first quarter of 2021, with 298 SPACs raising nearly $88 billion. That tally was more than double that of the 4th quarter of 2020. When discussing what drove this recent phenomenon, Lee pointed to the number of unicorns in the U.S., which he says has quadrupled over the past several years from 150 to more than 600.

These companies have begun looking for monetizations as they’ve grown, and SPACs have presented an interesting alternative for all parties involved with these transactions. There is an enormous opportunity to bring these dynamic companies to the public markets, and SPAC’s can deliver fantastic economic returns for management teams, as well as an exciting way for investors to access these companies. For the companies themselves, these transactions bring capital, of course, but also a perceived difference in timing vs. a traditional IPO, as well as the ability to use projections as part of the marketing of these transactions, allowing companies to tell their story not only today, but even as far as 3-5 years out.

After a red-hot winter, things did seem to cool down a bit for SPAC and Direct Listings over the spring, but our experts certainly wouldn’t call these trends a passing phase. In fact, Lee thinks both alternatives are here to stay.

“There are an enormous number of companies in the private market looking for access to the public markets going forward,” Lee explains. “For SPAC’s, the markets probably did get a bit overheated and I think we saw valuations hit high points. That said, I think we’re starting to see the markets come back, [and] I do see investors being a little more discerning.”

He also shared that, while they’ve been a bit more episodic and require a special set of circumstances, he believes Direct Listings will be around for the foreseeable future.

As the SPAC community adjusts to the recent SEC statement on accounting issues, our experts also discussed how this adjustment might curb the amount of SPACs coming to market. While the expectation is not that we’ll see prior levels again, the number of exciting opportunities out there explains why we’re already starting to see a comeback in the marketplace. Lee believes that this points to the diversity in the market and the fact that there is a lot of liquidity that investors are looking for ways to deploy.

Benefits of These Non-Traditional Paths

In discussing the benefits of these non-traditional paths, Lee level-sets with the assertion that the traditional IPO, in fact, no longer exists.

“In the last 2 years we’ve seen an absolute revolution in the IPO market,” Lee explains. “First, we’ve seen the founders be able to retain more stock than ever before in dual-class listings. Lockups have become much more flexible, with the ability to sell stock before the traditional six-month period. And finally, companies are required to sell a much smaller stake than ever before to get into the public domain.”

As the market looks for more investment opportunities, demand and supply have started to come together for much more flexible terms than we’ve ever seen. And we should expect to see continued innovation in that realm. Lee sees this as a reaction to Direct Listings.

As large, well-known brands like Roblox (RBLX), Coinbase Global (COIN), SquareSpace (SQSP), and ZipRecruiter (ZIP) have recently executed Direct Listings in 2021, it’s important to discuss both the advantages and disadvantages of this approach. Because there is no ability to raise primary capital through a Direct Listing at this point, one challenge is that companies must have a lot of liquidity in order for this approach to be a good fit. Another consideration is that a Direct Listing requires a company to find sellers of their stock, with a key benefit being that there will be stock for sale on day one to create the market. Lee shared that Direct Listings seem to work best for companies with large, liquid names able to generate a lot of interest out of the gate.

As it relates to SPACs, the primary driver, at least initially, was that this path would require a shorter time frame, but in practice, the time to a traditional IPO vs. a SPAC ends up being relatively similar. Another advantage has been the ability to access substantially more capital than a traditional IPO, in that the company can get the money held in trust in the SPAC as well as raise a pipe for additional funding. Finally, the ability to merge with a smart management team, leveraging the additional operational or financial skills of SPAC sponsors, has become a welcome advantage. All of these, coupled with the company’s ability to put out its own projections can add up to a very attractive avenue.

While there are clear benefits, companies need to consider multiple factors when pursuing a Direct Listing or seeking to merge with a SPAC. Obviously, this includes valuation and pricing, but communications around these events play an incredibly important role. Lee highlights this with a reminder that there is no quiet period that accompanies these IPO alternatives. The moment a company announces, it’s imperative to have a plan in place to get on the radar of both institutions and individual investors. Great IR and PR plans, as well as an accurate, accessible, and fully interactive website become critical to the process. With literally hundreds of SPACs looking for investment targets and a revolution in the traditional IPO market, the pipeline to the public markets will only grow from here. To learn more about IPO alternatives and some of the key benefits and pitfalls surrounding these innovations, watch the full webinar on non-traditional IPO paths here or visit our website.

Investor Targeting as a Continuous Process 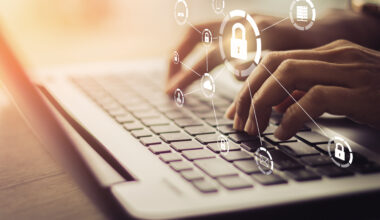 Read More
CCommunications
Over the last few weeks, the ongoing conflict in Ukraine due to the Russian military invasion has led… 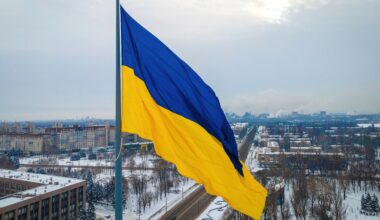 Read More
CCommunications
Over the last week, we’ve been closely monitoring company responses to Russia’s invasion of Ukraine. In this article,…