Inflation Too Hot For “Goldilocks” Economy?

The headline story of 2021 has been the rollout of COVID-19 vaccines and the reopening of the world economy after an unprecedented shutdown last year. For the first half of the year, everything seemed to be rolling smoothly with equity markets at all-time highs, the Federal Reserve keeping accommodative monetary policy, and expectations for strong economic growth on the horizon. In fact, earlier in May, we released an article discussing how many people, including JPMorgan CEO Jamie Dimon, were describing the current economic state as a “Goldilocks Economy” – a period of fast and sustained growth accompanied by gradually rising inflation and interest rates. Some aspects of this story have played out as investors expect.

The S&P 500 finished the month of July up 17% for the year and at new all-time highs. Although Q2 GDP data came in below expectations, the reading still showed the U.S. economy grew 6.5% in the quarter after 6.3% growth in the first quarter. However, one factor that investors did not anticipate correctly was inflation, which has risen sharply in the last few months. While rising prices are generally expected during periods of strong economic growth, the sudden and large increases we have seen have sparked some concerns for many people. More specifically, how the Federal Reserve will handle inflation pressures has investors worried about how long it will be continuing its easy monetary policy before having to tighten and increase interest rates.

One of the main reasons why the U.S. Federal Reserve has been able to keep interest rates near zero for the last decade, despite record-low unemployment levels, was low inflation numbers. Even with the Fed’s easy monetary policy, prices have remained relatively stable and have been growing on average between 1% – 3% a year (based on the consumer price index). Things have started to change in recent months as we have seen notable spikes in numbers over the last few months. In the latest release for the month of June, the CPI increased 5.4% from the prior year, the largest increase we have seen since August 2008. This followed an increase of 5.0% in May and a 4.2% jump in the April report.

Even when stripping out some of the more volatile goods like food and energy prices, core CPI rose by 4.5% in June, which is the largest gain we have seen in decades. The sudden rise in inflation in recent months has taken markets by surprise and raised a lot of questions surrounding the potential impacts on the economic recovery.

Although much of the headline numbers have garnered much attention, most of the increases have come from a few specific sectors. In particular, industries that were greatly impacted by the pandemic have been driving most of the spikes, including used car prices, airfares, and transportation costs. For example, used car and truck prices jumped 10.5% in June, accounting for more than a third of the CPI’s gains for the month. Over the last 12-month period this category has surged over 45%.

Keep in mind that many of these sectors saw steep price declines last year during the shutdown, which makes for a lower benchmark to compare. However, there is no denying that factors such as pent-up consumer demand and supply chain bottlenecks have had an upward impact on broader prices across the economy. As such, investors have been much more cautious and hyperfocused on inflation and how the Federal Reserve would react.

The Fed has been more than accommodating amidst the pandemic and was very clear heading into the year that they would continue to promote policy that would stimulate economic growth. With the sudden rise in inflation, many investors have worried about the Fed having to take action and raise interest rates. However, thus far, the Fed has let things play out and announced last week that it will be holding its benchmark interest rate near zero. Fed Chairman Jerome Powell and other Fed members have expressed their beliefs that these recent inflation spikes are only transitory and only short-term.

They have indicated that they will continue to wait for “substantial further progress” on inflation and employment before tightening policy. Keep in mind that the Federal Reserve also has to evaluate the potential threat the new COVID delta variant may have on the economy as it reopens. However, Chairman Powell has admitted that each wave of COVID cases over the last year has had less of an economic impact, but still needs to be monitored closely.

The Federal Reserve has expressed its desire to be as transparent as it can in terms of timing any potential rate hikes. However, they will also continue to be data-dependent and evaluate the situation as it progresses. Markets were initially shaken by some of the data but have seemed to shrug it off and focus on corporate earnings instead. However, you can rest assured that all eyes will be on the next release of inflation data set to come out on August 11th. 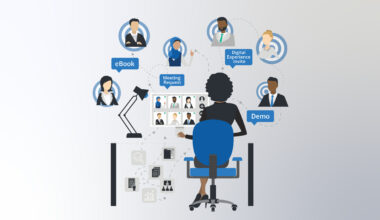 Read More
FFeatured
We don’t have to tell you that the job of Investor Relations continues to get harder, not easier.… 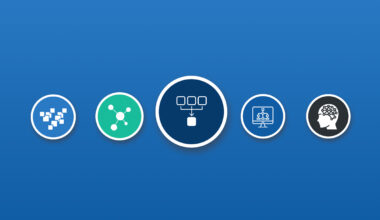 Read More
FFeatured
At Q4, we believe the use of behavioural analytics has profound potential to connect the markets in ways…