The Power of Capitalism, Larry Fink’s 2022 Letter to CEOs

This week Larry Fink, Chairman and CEO of Blackrock, released his much anticipated annual letter to CEOs. The focus of the 2022 letter was aligned with prior years, specifically in relation to ESG, while also expanding on a brand of capitalism that may be viewed by some readers as “woke”.  Rest assured though, Larry Fink’s stakeholder capitalism is not “woke” and once again this year he calls it as he sees it.

Whether or not your organization supports Mr. Fink’s perspectives, he clearly has an important stage from which he shares his views and opines on the role of corporations in their responsibilities of building and creating shareholder value through the spectrum of multiple stakeholders and multiple compelling issues. We feel it is an important message to share with your management teams, along with key takeaways that we provide at the end of this blog.

Mr. Fink’s stakeholder capitalism is a powerful view which acknowledges that “long-term, durable returns for shareholders” remain a fundamental focus given Blackrock’s fiduciary responsibility but he also emphasizes that purpose is key for a corporation; that companies increasingly need to be a source of truth given the continued trend of mistrust in governments, media, NGOs and other institutions.  In order to be that source, companies must have a clearly defined and communicated purpose and companies must not be afraid to speak to the values and issues that affect them.  As Mr. Fink puts it in the letter:

Stakeholder capitalism is not about politics. It is not a social or ideological agenda. It is not “woke.” It is capitalism, driven by mutually beneficial relationships between you and the employees, customers, suppliers, and communities your company relies on to prosper. This is the power of capitalism.

While using the backdrop of an increasingly interconnected world where disruption has been turbocharged due to COVID and other factors – technology, access to capital, employee retention, societal issues, among others – the letter outlines key tenets and views for Mr. Fink and Blackrock.  A few of them are highlighted below with some implications for investor relations professionals.

A new world of work

The old relationship and working environment between employee and employer is gone; five days a week in the office is not returning and those who do not evolve/adapt do so at their own peril.  As Mr. Fink states, “[w]orkers demanding more from their employers is an essential feature of effective capitalism” and he opines that companies need to move beyond just increasing pay or reducing  turnover.  The purpose of the company needs to be known, a focus on elements of the employees’ lives, which was unheard of a generation ago, is needed to create an environment which helps them retain top talent.  Mr. Fink adds that:

[c]reating that environment is more complex than ever and reaches beyond issues of pay and flexibility. In addition to upending our relationship with where we physically work, the pandemic also shone a light on issues like racial equity, childcare, and mental health – and revealed the gap between generational expectations at work.

As highlighted in the letter, company CEOs must foster humility and stay grounded in purpose. CEOs must use their voice, their messaging, and their platform to address the social issues of concern to their employees. CEOs also need to understand that when doing this, the spotlight is often trained squarely on them. Fink emphasizes his belief in the benefit of this approach:

Our conviction at BlackRock is that companies perform better when they are deliberate about their role in society and act in the interests of their employees, customers, communities, and their shareholders.

Capital markets have allowed companies and countries to flourish. But access to capital is not a right. It is a privilege. And the duty to attract that capital in a responsible and sustainable way lies with you.

There is no shortage of capital but the landscape to access that capital is changing.  There are start-ups in every sector that are going to challenge the incumbents, large and small.  Fink believes, “The next 1,000 unicorns won’t be search engines and social media companies, they’ll be sustainable, scalable innovators …” but this does not mean that all incumbents are doomed.  Incumbents have internal knowledge that start-ups can only dream of and by utilizing their bench strengths they have the opportunity to innovate and create value.  Innovation will be driven by the threat of newcomers and by the strength of incumbents who acknowledge the need to evolve or die.

To paraphrase from the letter, Blackrock is not an environmentalist, it is a capitalist and has a fiduciary responsibility to its clients.  The firm believes that the transition to net-zero carbon emissions represents a massive change to the economy and “we need transformative discoveries on a level with the electric light bulb” to achieve this change.  In lock step with this, they ask that corporations issue reports consistent with the TCFD “because [they] believe these are essential tools for understanding a company’s ability to adapt for the future.”

Blackrock’s request that corporations align their reporting with TCFD comes as no surprise as it was previewed by the creation of the International Sustainability Standards Board (ISSB), earlier this year.  At the time of the announcement of the ISSB the first directive, a prototype climate and general disclosure requirements, was announced with the TCFD being a key contributor to the creation of the prototype.

Blackrock does not have a policy focused on divestment in areas such as oil & gas. It does have clients who wish the firm would divest from these areas but it also has other clients who do not want to see that outcome.  Blackrock does not view the path to green as being one that should cause energy prices to soar. That could create societal discord, greater polarization around climate change and erode progress.  As Fink’s letter states:

We need to pass through shades of brown to shades of green. For example, to ensure continuity of affordable energy supplies during the transition, traditional fossil fuels like natural gas will play an important role both for power generation and heating in certain regions, as well as for the production of hydrogen.

As highlighted in the letter, the involvement of government to “provide clear pathways and a consistent taxonomy for sustainability policy, regulation, and disclosure across markets” is also a fundamental of stakeholder capitalism.  The relationship between corporations and governments will always involve tension, driven by the wants, needs and competing interests of those they sell to and serve but it is that tension that helps to fuel progress; the tension creates good.  This section of the letter concludes with, “[w]hen we harness the power of both the public and private sectors, we can achieve truly incredible things. This is what we must do to get to net zero.

Announced earlier in 2021 and scheduled to begin during 2022, Blackrock is giving (institutional) investors more of a say through proxy voting and this year’s letter from Mr. Fink gives a nod to the continued expansion of this focus.  Blackrock is continuing to innovate to give “clients the option to have a say in how proxy votes are cast.”  This option is currently available to certain institutions and pension funds that represent more than 60 million people and “[Blackrock is] committed to a future where every investor – even individual investors – can have the option to participate in the proxy voting process if they choose.”

Creation of a Center for Stakeholder Capitalism

At the conclusion of his letter, Mr. Fink announced the creation of a Center for Stakeholder Capitalism.  The intention of this endeavor is “to create a forum for research, dialogue, and debate … to further explore the relationships between companies and their stakeholders and between stakeholder engagement and shareholder value.”

Though the creation of this center may not be the key influence to Blackrock’s investment policy and how it engages with corporations, it is representative of the commitment that Blackrock has to Stakeholder Capitalism and its involvement in using capitalism to help shape a better world. Fink envisions the center as a forum for interactions between CEOs, investors, policy experts, and academics. It is easy to see how Blackrock portfolio managers and governance contacts might use this to expand their dialogue with corporate representatives.

We encourage you to read the letter in full and with these observations as a backdrop, here are three key takeaways for Investor Relations professionals:

First, ensure your management team is aware of Fink’s latest letter and the implications, particularly emphasizing the need to validate your company’s purpose and alignment of company strategies with that purpose.

Next, share Blackrock’s expectation that TCFD should drive your company’s climate strategy with all members of your organization’s ESG effort.  Coordinating disclosure methods on key ESG metrics may prevent future rework and enhance comparability across your peer group.  The world of ESG reporting is rapidly evolving with numerous consolidations happening over the past year, the most recent being the creation of the International Sustainability Standards Board (ISSB), an entity of the IFRS Foundation.  Though the U.S. may create its own regulatory framework, the creation of the ISSB is setting a global standard which includes the Value Reporting Foundation, the parent organization of SASB, which is now part of the ISSB.  Familiarize and utilize the SASB standards, along with the TCFD framework, as you either continue to report on ESG or look to begin as SASB focuses on the dimensions and metrics that are financially material to each specific sector and industry.  Regulatory reporting for ESG will continue to evolve but recent consolidations have made the path forward much clearer.

And finally, establish a plan for governance outreach including Blackrock and other passive holders in your shareholder base.  Use Fink’s comments on corporate purpose, zero carbon strategy, and stakeholder capitalism to refine your messaging and prepare your executive participants. In doing this, keep in mind their push to eventually include retail investors in their voting approach.

Christopher Deans is a Director, IR services at Q4, a Chartered Professional Accountant and an FSA Credential holder with 15+ years of experience in corporate finance and investor relations. At Q4 he acts as an advisor and extension of his clients’ IR teams, helping them build-out and streamline their IR programs while leveraging Q4's suite of technologies. 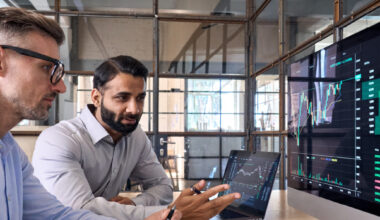 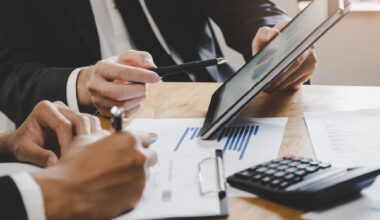 Read More
FFeatured
Earnings, known as results in Europe, are events hosted by a public company to share the financial results…