The Russell Rebalance: Ready for the biggest trading day of the year in your stock?

June 26, 2020, is likely to be the largest volume day of the year. This is the day of the annual FTSE Russell index rebalance. It is estimated that over $9 trillion is benchmarked to the FTSE Russell U.S. Indexes by both passive and active managers. This year’s reweighting will likely feature more than normal reshuffling due to the massive steep decline and rapid, but uneven bounce off the lows due to the pandemic.

Barron’s indicates that tech stocks are likely to garner a greater weighting in large-cap growth and value indexes while industrials will shift to value from growth across market caps. They indicate that the smallest companies in the Russell 2000 will get smaller and could be below $100 million in market cap which would be the lowest since the financial crisis.

How the rebalance works

On May 8th the largest US companies are ranked by market capitalization. The largest 1,000 companies form the Russell 1000 Index (large cap), companies 1,001 to 3,000 make up the Russell 2000 (small cap) index. All 3,000 companies comprise the Russell 3000 Index. On June 5th, Russell communicated the additions and deletions to the Russell 3000. It is important to note that they do not disclose where a company falls within those 3 indices until after the rebalance occurs on June 26. While Russell does not disclose this data, every sell-side and hedge fund manager feverishly performs these calculations and looks to capitalize on these movements heading into the June 26 rebalance.

There is a common misconception in the marketplace that index managers can buy or sell ahead of the rebalance and have little impact on the share price. The reality is that index accounts must be the last trade on June 26 or risk being out of balance with the current index weighting. This can lead to some very big trading in stocks that typically don’t see big volume. For example, Russell indicates that Limestone Bancorp (LMST) will be added to the Russell 3000 on June 26. We have seen additional estimates that Limestone will be added to the Russell 2000 as well as the Russell Value portfolios. We have seen some estimates that over 500,000 shares of LMST will need to be purchased. Heading into June, LMST only traded on average a little over 2,000 shares a day. On the surface, this scenario should solicit a tremendous amount of buying pressure heading into the rebalance. The reality is that this is a liquidity event that could also bring in large sellers looking for an opportunity to reduce positions without moving the market. So while we can estimate buy/sell demand for these rebalancing, it is extremely difficult to predict price movement.

Where are the buyers and sellers likely to be

It should be obvious that when a company is added to the Russell indices there will be index buying associated with that accomplishment. Conversely, when a stock is removed from the indices we expect to see large sales by the index managers who held shares in their funds. What is less obvious are the moves that occur when companies move from one index to another. For example, moving from the Russell 2000 to the Russell 1000 is a great accomplishment. This means that a company has grown in market cap to be one of the largest 1,000 U.S. based companies. It also means that there are likely to be net sellers on the day of the rebalance because there are less assets tied to the Russell 1000 than the Russell 2000.

What does this mean for the IRO?

So what should IR professionals do to make the most of this year’s Rebalance?  I sat down with Q4’s IR Partner, Matt Tractenberg, for his take:

Matt underscores that communication with the C-suite and the Board of Directors is imperative with these types of situations. He explains: “It is very important to get out in front of this data and prepare senior management for possible price impacts.” He continues, “if we know that millions of shares are going to be for sale on the close, the senior management team may look to reallocate existing repurchase plan options. Conversely, your addition to an index will likely bring with it volatility and price support as well. Other than volume, these changes are not fundamental, and studies have shown they’re temporary.” Q4 can share examples of past additions / removals with you if you’re interested.

If the stock comes under pressure, Matt advises reaching out to value names who may have thought that the stock had gotten away from them at higher levels. The potential drop in price may bring some of these names back into the picture. He also recommends that you consider sharing this information with sell-side contacts and large holders. They usually appreciate proactive notes that make them “look smart” in front of their clients.

Matt suggests that new index members celebrate this accomplishment, both internally and externally, with a press release. After all, becoming one of the 3,000 largest publicly traded companies is a major milestone. It’s essential to share this news with shareholders and employees alike.

Summing things up, the rise of passive investment continues to be a focal point. As an IRO, it’s critical to anticipate these major rebalances and understand what it means for your stock going forward. Stock surveillance can certainly help in this endeavor. And a good partner, like Q4, can help you stay in front of all this activity.

Read More
DData & Insights
As we continue to speed through 2022, signs of a potential recession are increasing. On May 3rd, the… 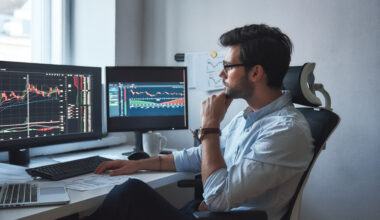